Short Adventures of a Loooong Dog 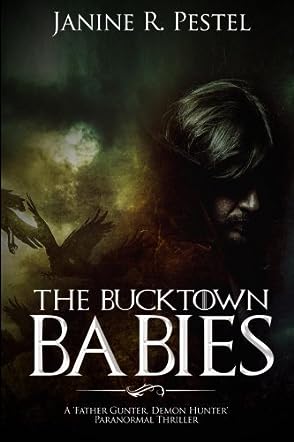 Born in Coledale, PA and raised in NJ. Lived in NYC for about 7 years. Met my husband in 1978 and married in 1985. Have been happily married ever since! Now, we live in beautiful Mesa AZ.

Author of "The Bucktown Babies", "The Mons Connection" and "Infected and Other Short Stories" as well as short stories in the SciFi / Occult / Horror genre(s) and an upcoming paranormal / occult series.

A lot of my ideas come from "What if?" For example, "What if there were a mountain on another planet that wasn't exactly a mountain?" or "What if we could reanimate corpses and have them perform menial tasks?" The whole world is full of "What if?" we just have to explore it.

My favorite color is blue. I just love blue. Being from NJ, of course, my favorite food is a good, NY style pizza. Not much of a "ball sport" fan, but I love motor racing. Doesn't matter if it's cars, motorcycles or boats. I'm also a big nature and animal lover. My husband (who also writes, by the way), and I currently have 3 dogs and 1 cat. Love them all.

The Bucktown Babies: Father Gunter, Demon Hunter, Book 1 is a paranormal thriller novel written by Janine R. Pestel. Johann Gunter had been in a resting pattern between “gigs” when he watched a news broadcast about the strangely high incidence of sudden infant deaths that was plaguing Bucktown, a small farming community. He noted that the doctor, who the reporter was interviewing outside the Bucktown hospital, had announced that ten infants had died during that week alone, of what appeared to be Sudden Infant Death Syndrome. Gunter instantly realized that he had just gotten another gig, and he began to get ready for his trip to Bucktown. He had been a priest until five years ago, when his sister disappeared. Since then, he watched and waited for situations which required the knowledge of, and familiarity with, exorcisms. While no longer a priest, many still referred to him as Father Gunter, which made him feel a bit uncomfortable, but he was still very much a Demon Hunter, and he was determined to find out why those babies were dying.

Janine R. Pestel’s paranormal thriller novel, The Bucktown Babies, introduces an iconic exorcist who has a very personal interest in sending demons back to hell. Gunter has a gritty, noir personality that works beautifully for this genre, and the partner he picks up during the course of his investigation into the Bucktown babies’ deaths complements him perfectly. Pestel adds a marvelous touch of authenticity in selecting as her demon one with an ancient and terrifying pedigree. Anyone who enjoys reading about demonic possession and exorcisms -- and who doesn’t? -- should be as thrilled as I was to follow along with Father Gunter on this case. I will also be looking forward to his next adventure: The Raven Flies at Night. The Bucktown Babies is most highly recommended.