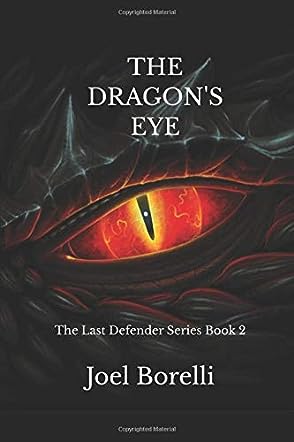 Varek Hai was a Defender, perhaps the only one to now wear the ring. With no wizard partner, it calls him to where the Mother wishes. When his path leads him to the second prince of Ishalem, he could not begin to fathom the adventure that awaits. Summer solstice brings with it the beginning of a prophecy, opening the path to the Ravens Roost, through which he believes the powerful artifact, the Dragon's Eye, was hidden. The first prince was feared lost after undertaking the dangerous quest, and Krane will not rest until both his brother and the artifact are in hand. But he is not the only one whose eyes are trained on such a prize. With the path open, powerful legends seek to claim the coveted tool for themselves. The path is dangerous and full of peril, their only guide a rhyme revealed when the prophecy began. The race is on, a race which could determine the fate of all.

The Dragon's Eye is book two in Joel Borelli's The Last Defender Series. Although not having read the first book, I can confidently say that, while part of a series, it works well as stand-alone. This epic fantasy reminded me in places of Witcher, with magic, wizardry, myths, legends, and imaginative beasts. I particularly liked the thought put into the world-building, from things as simple as marking time's passage to a working magic system used in extraordinary ways in times past to 'grow' magnificent structures. Written in an engaging and descriptive first-person narrative, readers are given great insight into the main characters, their outlook, driving forces, and thoughts. Engaging and packed with adventure, peril, discovery, and legends turned to flesh, this book has something for everyone and an array of characters readers will enjoy discovering more about as time and trials temper them.