The Miracle Known as Ed Levine 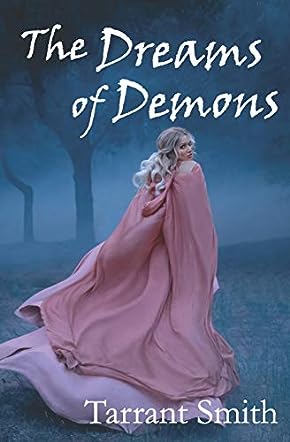 Far far away and in a time long ago, Tarrant Smith graduated from Queens College inNorth Carolina with a degree in English literature. She currently lives near the beautiful town of Madison, Georgia with her husband, son, dog, and two rescued stray cats who follow her around like familiars. As a kitchen witch, she has always sought out and nurtured the magick that can be found in the mundane trappings of everyday life. For more information about the author and her romance books please go to tarrantsmith.com

​​​​​​​"From cover to cover, Smith delivers insanely well-drawn characters and enough moments of levity to keep this paranormal romance moving along at a brisk pace. Never does Smith's work lack. As the author bounces from one subplot to the next and back, she keeps readers on their toes and deeply involved with each of the main characters and their tragic lives."

​​​​​​​"The entire cast of characters created by Smith is deserving of readers' adoration for that matter. Humor is a big part of Smith's writing and adds to the depth of her characters."​​​

The Dreams of Demons: The Legends of the Pale Series is a romantic paranormal fantasy novel written by Tarrant Smith. Gabriela found it impossible to resist reaching out and reading the minds of people passing by. Sometimes, the act was a harmless exercise of a gift she didn’t really understand, but at other times the evil and darkness she found lurking within those minds were devastating. She dreamed of a charismatic and darkly attractive man to whom she was drawn as never before. The dreams continued night after night, and she couldn’t help feeling that she was more engaged in those dreams than in her waking life at times. Then, one afternoon, when a walk through her local park turned into a horrific encounter, her dream man appeared and saved her from her attackers. He was everything she had dreamed about -- and so much more; and he likewise seemed both thrilled and confused by the intense and personal connection they shared. However, becoming his beloved would be entirely different from any relationship Gabriela had ever encountered.

Tarrant Smith’s The Dreams of Demons, while part of The Legends of the Pale Series, can be read and enjoyed as a standalone novel, as the author provides a cast of characters as well as a summation of preceding events in the story. I was not familiar with the series yet soon found I had a grasp of the continuing characters and their lives and was able to enjoy seeing how Gabriela’s relationship with Murmur and the other beings she encountered was both complicated and a positive thing. Smith’s characters are well-defined and complex, and the relationship between Murmur and Gabriela is thought-provoking and troubling at times. One can’t help but get involved in Gabriela’s story and wonder if becoming the possession of another vastly more powerful being is really what she wants or needs. The plot is marvelous and filled with unpredictable beings, plots, and complications. I especially liked seeing how Greek and Roman mythology ties into Smith’s series. The Dreams of Demons: The Legends of the Pale Series is well-written and bound to please paranormal fantasy and romance fans. It’s most highly recommended.