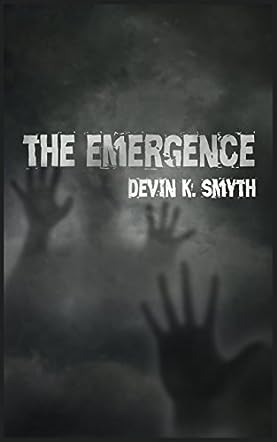 The Emergence by Devin K. Smyth is the story of Derek Choate, or DC as his friend, Matt, calls him. Derek is living his life like most 11-year-olds. He goes to school, does his homework under the watchful eyes of his mother, and rides his bike around his hometown and into the woods and hills. His best friend, whom he calls Mad Matt, is restless and anxious to discover what is new around town, and Matt is the one who discovers the strange haze whirling above a local lake. At first, the mysterious haze seems harmless, but as efforts are made to dissipate it, the climate of the world grows colder, and society begins to collapse. As the haze closes in, Derek, his parents, and Matt take refuge in the family home. With food growing scarce and no electricity, will the Choate family, Matt, and the rest of the world survive?

The Emergence by Devin K. Smyth is written in a conversational style that is easy on the reader’s eyes. The tone of the narrator’s voice sounds authentic with the story being told by the young protagonist, Derek. Not every author can successfully reproduce this matter-of-fact kind of narration, particularly as it comes from a kid. Each chapter begins with a word and its definition, and each chapter typically illustrates the definition. While it is a fairly quick read, the author’s voice through Derek remains steady and sure and is one of the charms and winning points of this eerie yet enthralling story. The Emergence is a well-written, imaginative science fiction novel that is very reminiscent of some of the currently popular young adult series on TV and in books. It tells a compelling, entertaining story that can be enjoyed not only by young adult readers but by more mature readers as well.