Letters of a Fool 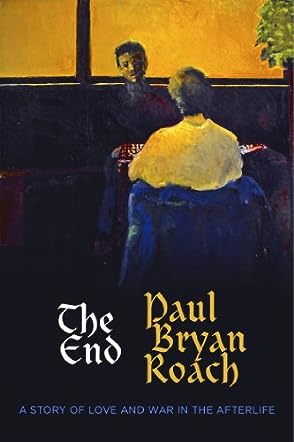 What is it like after you die? That is a question that burns in many peoples’ minds and in The End: A Story of Love and War in the Afterlife by Paul Bryan Roach, the answer is simple – whatever you want. For Fran O’Rourke, getting killed in a helicopter crash in Afghanistan was actually just the beginning. Upon arriving at the unofficial headquarters of the secret ops group, the Roués, where he meets up with his father, Fran is brought into a new, even bigger war – between God and the devil. In his unique position as a brain dead Marine on life support, he and the other Roué operatives are able to infiltrate the ranks of the evil forces intent on interfering with the birth of a new Messiah. Convinced that mankind must be eliminated in order to save planet Earth, demons and hell-spirits do all they can to set man against man and destroy any chances of emotional and spiritual growth. In contrast, Fran, Deirdre and the whole crew strive to maintain the Glory of God and prevent Homo sapiens from falling into the void. In this eternal battle, who will come out on top?

Paul Bryan Roach has created a completely believable alternate universe parallel to earth in which spirits ‘live’ their lives and keep watch over humans. The End: A Story of Love and War in the Afterlife is full of exciting action, but also presents deeply moving arguments about the nature of God, the Universe and man’s place in it. Dealing with contemporary issues that are essentially timeless, Roach questions whether man will survive or destroy himself and the planet on which he lives. An excellent action story, The End is also a surprising love story with some interesting twists.