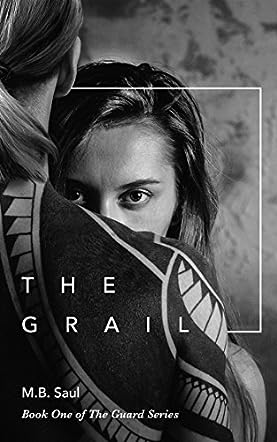 I was born and raised in the Midwest. I love to travel and attended college in Charleston, South Carolina. Since as long as I can remember, I've always had a story, or characters, or a scenario in my head. I began writing this story because of my early love of fairytales – read to me often by both of my grandmothers. These kinds of fantastical books were a rich part of our family history, with ancestors on both sides coming from Ireland, Wales, and England.

When Caroline Lay gave in to the demands of her fay half, she was well aware that life as she knew it was over. With living as a human no longer possible, her only recourse was the island of Annwn. Protected by the wizard Merlin, Annwn was the best place for a transitioning halfling, a place for them to learn about themselves and their society. Arriving before the school year started gave her ample time to settle in, time she desperately needed to adjust. There was just one hitch: Rowan, the devastatingly handsome halfling whose bond to Caroline tortured him and drew them both into a painful dance from which there was no escape. Before long it became clear that would not be the least of her worries, however. Darkness had come to claim the faerie clans and Caroline’s time had run out. It won’t be long until the die is cast and the visions of her death have solidified into implacable fate.

Utterly captivating from the first line, M.B. Saul’s The Grail: The Guard Series Book 1 contains twists a mystery novel would envy. Every time I settled into a groove, another revelation shook me out of comfortable contemplation. Saul works to keep readers on the edge of their seats and succeeds admirably. While every scene is engrossing in its own way, Saul has a knack for making you sit up and pay attention – or lean closer to the page in breathless anticipation. Saul’s choice to use first-person narration works well in conveying the conflict Caroline felt between her human and fey halves. It also works exceptionally well to convey a lot about fey nature that came in particularly handy in the middle and latter parts of The Grail.

M.B. Saul did an excellent job in dispensing information in intriguing, easily understood pieces. Saul’s utilizing of the first person narrative to do this is particularly commendable, as this melded together Caroline’s growing understanding with technical information that otherwise would have been too overwhelming. The small details, such as Caroline’s testing of the tree bark prior to showing off her knife throwing skills, add to Saul’s characters’ claim of competence. The Grail’s exposition is kept to a minimum, a strategic choice that leaves ample room for imagination to merge with the story being told, making for a truly enthralling experience. All told, The Grail promises great things for the rest of M.B. Saul's series.

I love this book! The characters are well developed and I felt such a tie to them, I want to hang out with Willem and Barren! The writing is so rich and fluid. I really enjoyed all the folklore and mysticism - I got online to check out several of the names/locations to learn more about them. If you take out the whole bad guy part - I wish I could go live in this world for a bit but Oberon is a bit of a deterrent :) The cliffhanger at the end left me on pins and needles for the next book - hurry up MB Saul!