Everything All At Once

Everything All At Once Cleo Can Tie A Bow The Journal of Liv Theed 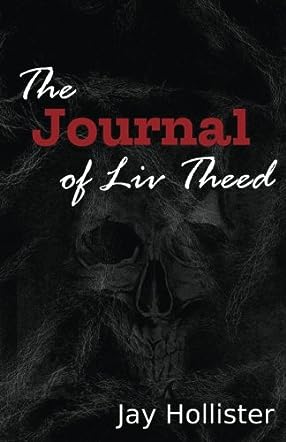 The Journal of Liv Theed by Jay Hollister is about a young woman who had fallen prey to the demons of her mind, and how faith brought her back. The journal begins with a girl named Liv Theed, who suffers from severe hallucinations that has her parents worried sick. From seeing demons in the dark, to thinking about killing herself, Liv has thought time and time again of how her parents would’ve been better off without her. However, as the shadows become more real, and people she cares about begin dying, Liv must force herself to look beyond her fears and see that, despite everything she’s faced, she must protect both herself and the people around her.

Liv has a compassionate heart. She cares about her parents, focusing on them rather than herself. It broke my heart to see how alone she felt when it came to her demons. The fact that she couldn’t tell anyone about what she’d been seeing played on an old fear of mine, of not being able to protect my loved ones, of no one being there to hear my fears. Still, the way God spoke to Liv provided comfort, strength, and encouragement, which allowed Liv to defeat these demons. It was this development that made me fall in love with her. It was wonderful, to say the least. Liv’s development also illustrated the remarkable concept of finding strength even in the darkest of places. Her compassion for her parents was what made her want to protect them, even though she couldn’t do much. When she was detained, through God, she found a way to fight those demons. It was a theme that was repeated over and over again.

The religious ideals were wonderful. Aamon was a Marquis of Hell, so whenever the demons mentioned him, they mentioned a demon that had real power, that could do more than just tempt the mind and erode morals. He was real to Liv, and was able to cause death and destruction wherever he went. Even so, Liv managed to find comfort in her father’s garden. For me, the garden represented innocence, a refuge from a world that sought to annihilate her. In a way, it reminded me of the Garden of Eden, just before the fall. In this gripping novel, Hollister shines an illuminating ray of hope against the darkness, all the while revealing the monsters that hide within the shadows.