The Kingdom to Come 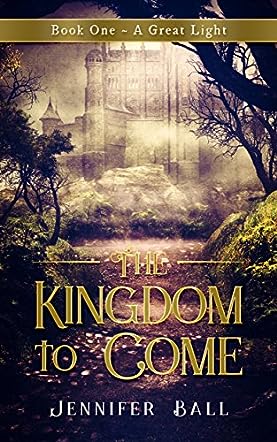 Jennifer Ball pens a coming of age fantasy love story in The Kingdom to Come. A war is inevitable, it has been prophesied. It will be the war of all wars. On the eve of his seventeenth birthday, Prince Karhiad, the heir of the kingdom of Merrhius, beholds a bright light. The light is so mesmerizing that the young prince vows to find its origin. Sneaking out into the night, Karhiad is approached by a mysterious seductive woman. The light suddenly vanishes and so does she. The following day Karhiad journeys back into the forest. He notices a young female splashing in the creek. This is not the same woman he encountered the night before. Faith is pure, innocent and adventurous. As they talk, Karhiad learns that Faith is from the mythical city of Trinicity. Karhiad and Faith begin to meet in the forest, sharing ideas and asking questions. Their beliefs and cultures are very different, yet love grows. In an instant everything changes. Their worlds collide, love is tested. All must wait for The Kingdom to Come.

The Kingdom to Come is book one of Jennifer Ball’s A Great Light series. Mystery, faith, love, hate, deception, and reality converge to create a meaningful, endearing story. Two worlds; one is real, the other is believed to be a myth. However, is it possible that which cannot be seen with the natural eye, but is witnessed and felt in the heart is the truest reality? “Faith is the substance of things hoped for, the evidence of things not seen” (Hebrews 11:1). This narrative explores the power of innocence over the deceptive influence of the world. It captures the purity of love to withstand the forces of evil. It portrays hope and gives homage to what is not seen. It reflects the unbreakable bond of faith and love. As the two main characters interact, their characters evolve and grow. Yes, this is a war story in which good battles evil, benevolence overthrows malevolence, and faith conquers fear. But most importantly, it is a beautifully told story of love that stretches into eternity.