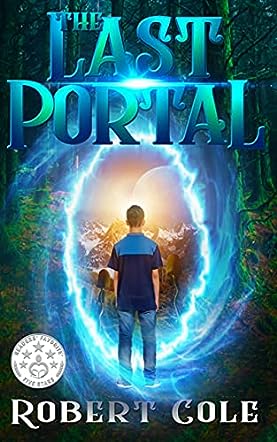 Born and raised in Sydney, Australia, I completed a science degree and Doctor of Philosophy, and travelled extensively in my youth. I have always enjoyed writing, particularly in the science fiction and fantasy genres where my imagination can run riot.

Robert Cole's The Last Portal is a young adult fantasy epic of three high school students and friends, Chris, Susie, and Joe, each with unique abilities. In school, they are regarded as weird. Chris can read minds; Susie is smart, a top science student with a gift for learning languages; Joe "smells funny." All three love to read. Their abilities take on dramatic significance when Chris finds an odd-shaped key in a creek. Trying to understand the key's strange properties, the three friends are pulled into a vortex, through an inter-dimensional portal, to Cathora, an alien planet. Batarr is the Guardian of the portal that connects Cathora and Earth. Chris, Susie, and Joe are not "just kids." They are Mytars, with unique powers to defend planet portals. Cathora needs their help to stop a powerful alien called Zelnoff, who has conquered many planets and plans to invade Earth.

I particularly enjoyed reading Robert Cole's The Last Portal for its three young and courageous characters, Chris, Susie, and Joe. I liked their character development. They know they are in over their heads. There are times they would like to escape and return to Earth. They argue with each other but their bonds of friendship strengthen as they learn to support each other, work as a team, and protect each other when they are in very perilous situations. As they learn to develop their unique abilities, they also make friends with the many different hominids of Cathora. The story twists, the tension rises, and the action accelerates as the three Mytars go on a dangerous journey with Cathora soldiers to a portal near Mount Caporal. I loved the very imaginative worldbuilding of Cathora, its inhabitants, and their own rich history. A well-crafted fantasy, one of friendship, exciting adventures, making new friends, and defending a planet against a dangerous enemy.