Rogue Beyond the Wall 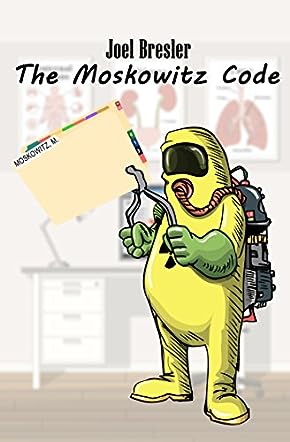 Myron (a.k.a. Mike) Moskowitz is a completely ordinary guy, with a completely ordinary job, and a completely ordinary (if slightly severe) case of the flu. And that would have been a rather prosaic and tepid end to The Moskowitz Code by Joel Bresler. Fortunately for the author, but most unfortunately for the protagonist, his doctor distractedly diagnoses him, by dint of a careless keystroke, with an extremely rare and inevitably fatal tropical disease. This unfortunate error escalates from the inconvenient to the bizarre, as Mike’s entire existence is inadvertently erased by a secret cell of well-meaning cubicle vigilantes, leaving Mike in the curious position of being paid to stay away from his employers, while concealing all these developments from his wife, and weaponizing his yenta of a Jewish mother to find a way back onto the grid, while not being entirely sure that he really wants to return there.

The Moskowitz Code is hilarious from start to finish. Joel Bresler has an exceptional gift for wordplay; his writing is witty, clever, engaging, and guaranteed to have you laughing out loud. The characters in the story are recognizable in all their pomposity, confusion, idealism, cynicism, and silliness: in short, they are lovably human. Bresler has a dig at corporate bureaucracy and politics, at stale marriages, at computer geeks, at Jewish mothers, and even at caffeine-based beverages. Despite the simplicity of the story line, The Moskowitz Code is a great little piece of entertainment that I thoroughly enjoyed reading, and I look forward to reading more of Bresler’s writing.