The Naked Truth about God 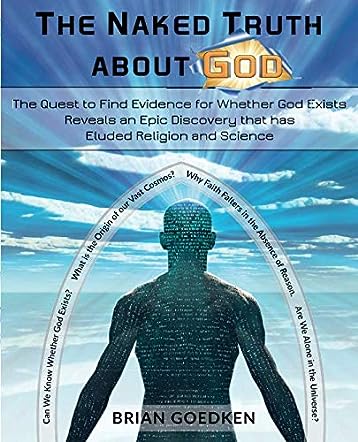 For forty years, I was an ardent Catholic Christian and considered myself quite knowledgeable about my religion. It was no doubt my education as a scientist and engineer that provided me with a voracious appetite to comprehend the unknown and question fundamental assumptions. However, for all those four decades, there were seldom any mental clashes. It started to dawn on me that there was the proverbial invisible 800-lb gorilla in the room. My Christian mentors were perpetually making claims about God’s existence and nature, but they never questioned the basic assumption as to how we are so certain that God exists.
This problem began to stew in my brain in 2011 and came to a rapid boil. Neither the Vatican nor Christian apologists (those who defend the veracity of religious claims and doctrine) could robustly explain a whole gamut of issues concerning God. Essentially, they were confident to define God’s nature and immensity of powers, but in the same stroke would argue that God is beyond any human comprehension. This is patently illogical. It partially explains why so many once-faithful Christians are transitioning to a state of mind where God has become an amorphous and intangible super-being. It is peaceful and cognitively easier to believe in such a God when one is not required to develop a list of evidences or comprehensive defense why or how this “new God” exists. The inconvenient truth is that new discoveries place limitations on whether and how “God” could and could not exist.

The Naked Truth about God: The Quest to Find Evidence for Whether God Exists Reveals an Epic Discovery that has Eluded Religion and Science by Brian Goedken is a comprehensive book that brings together a unified discussion about the existence of God, or lack thereof, as the case may be. In The Naked Truth about God, Brian has brought together knowledge and references from several fields such as quantum physics, astronomy, religion, and especially and specifically focusing on Christianity and its origins and authenticity, philosophy, metaphysical topics of eternity, time, free will, and history. The author has brought all this together to answer the question of whether there is a God or any such entity, the meaning and origins of the universe, and the relation between material existence and any transcendental reality, if it exists. This is broken down into several chapters and sub-topics, with a detailed list of references, glossary, and index at the end.

What I appreciated about The Naked Truth about God was the significant amount of data and research that has obviously gone into this book. It’s fairly long, but the wide variety of topics makes it a relatively fast and engrossing read. I found the so-called Six Towers of God intriguing, which are essentially six systems of thought, each presenting their own merits and demerits of the above raised questions. Although this book does discuss science and religion in depth, I felt that there was a disproportionate share of talk on religion focused on Christianity and, similarly, a disproportionate share of philosophical thought attributed to the ancient Greeks. I would have liked to see both religion and science discussed based more on the other major and older religions and philosophic systems of the world such as Hinduism, Taoism, etc. That being said, this is still a very interesting book with many refreshing viewpoints, whether one agrees with all of them or not. It makes for a good, thought-provoking read and I would recommend this book.