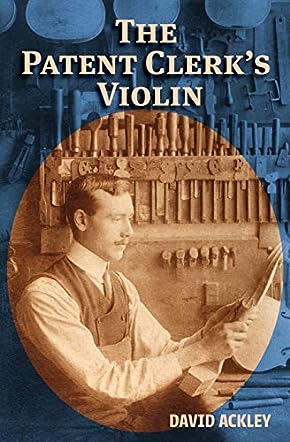 What do a luthier and a brilliant physicist have in common? Surprisingly, or not, music, and the wide world of possibilities in a universe that is yet to be discovered, studied and understood. Albert is a young physicist, vying for a position as a university professor. While he continues to look for such a position, he works in the Patent Office, studying and approving patents related to electricity. In this job, he learns patience and the importance of simplifying his notations, of being concise and thorough in all he does. Albert also enjoys his music and his much-loved violin which he fondly calls Lina. When Lina changes its tune (quite literally), Albert seeks out a luthier, Carl, to fix the problem. A friendship develops, one bonded through music and science, two realms of study and life that are infinitely connected. The two complement each other, forging a strong friendship that goes beyond their combined interests until Albert is offered a position as a professor and leaves Bern to pursue his dreams. You see, this Albert is the famous Albert Einstein, author of the theory of relativity and so much more, not to mention a very talented violinist, who did, in fact, name his violin, Lina.

David Ackley’s novel, The Patent Clerk’s Violin, is a story about friendship, music, and science. Based on historical personages like Einstein and the artist, Paul Klee (also a talented violinist), the plot weaves a plausible and interesting scenario around three main characters; Carl, the luthier, Paul the violinist who wants to be an artist, and Einstein, another violinist who aspires to great scientific study. Mixed into the plot is a mystery behind a missing bow and the unusual change in Lina's tone. The plot revolves around friendship and reaches its climax when Albert must move his family from Bern and the strong bond of friendship must redefine itself into a long-distance friendship. The author has done considerable research on the early life of Albert Einstein and Paul Klee as well. The epilogue follows the parting of friends, which is followed by letters exchanged before and after the Second World War, both Albert and Carl expressing their fears of what might happen and did happen with Albert’s studies in relativity. A fascinating read for anyone interested in music, science and, of course, the everlasting power of good friends.