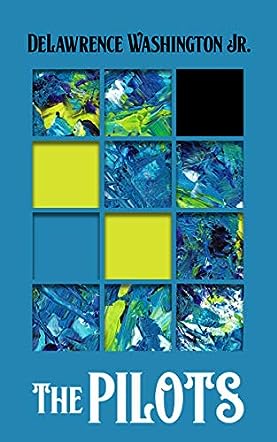 “Love needs a reason.” There are many kinds of love, some manufactured, some real, some horrific, and some quite unusual. But love exists as a vital aspect of life itself. A matchmaker is challenged to find a strange man’s soulmate, but continually fails and dies (and becomes trapped as the dead, but yet undead) in this vain, perhaps impossible attempt. An alien, or perhaps a human on an alien planet, aspires to be a hero, perhaps even a superhero, but at what cost? Living in Mock City, this alien remembers no other place of residence. And there is no escape, only death. “Life was a cruel monster,” reasons a college dropout with tragically bigoted parents.

What is a pilot? Is it a person who controls a flying machine like an airplane or a spaceship? Is the pilot someone who takes charge of a ship as it maneuvers through the water, like a helmsman? Or is a pilot like a test television program, to see if the audience reacts favorably before launching into the production of an entire series. With each chapter labeled Pilot 1, Pilot 2, etc., I’m inclined to interpret DeLawrence Washington Jr.’s collection of short stories, also called The Pilots, as a collection of pilots much like a television program’s pilot. However, given the nature of each story and the fact that each story, unique in its own telling all in the first-person narrative, is a reflection of life and one’s journey through life, both real and imagined, perhaps it is the author who metaphorically represents each story’s pilot, as he guides the plot to its nefarious and often unexpected climax. Cleverly constructed and poignant reflections of life and love and so much more.