Lucy Lemon and the Brave Bubbles The Spiritual Side of Disability 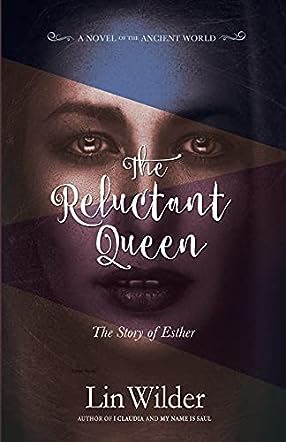 Esther was an ordinary girl, the daughter of a rabbi. Orphaned at a young age, she was adopted by her father’s brother, Mordecai. She matures into a beautiful woman, and the Persian king of kings, Xerxes I, chooses her as his wife. Esther was forced to hide her Jewish ancestry, but as queen, she stands up for the rights of her people and, along with her uncle Mordecai, she saves them from genocide. The story is well known: the Book of Esther is one of the books of the Old Testament, an important section of the Jewish Tanakh, and one of the five scrolls of the Hebrew Bible. Other than this text, believed to have been written by Mordecai, not much is known historically about Esther. But she was a real person who became an influential queen. Her story is what legends are made of.

Lin Wilder’s novel, The Reluctant Queen: The Story of Esther, is a riveting historical fiction novel following the life of an important biblical figure. Writing fiction with historical accuracy is a challenge in itself, but writing about a time and a person whose life itself some might believe to be mere fantasy requires a great deal of knowledge of the time, the people in general, and the overall concept of what might really have happened. Like many great historical fiction writers of our time, this author writes as if she knows the people she writes about. Her ability to weave a narrative of such monumental proportions is comparative to the work of Sharon Kay Penman, though Lin’s work goes much further back in history than Penman’s. The story is told mostly in the first person, from Esther’s point of view, giving the plot development a very personal touch. Lin’s novel is a brilliant mixture of reality, fiction, descriptive narrative, believable dialogue – all with a sound knowledge of ancient Persian history. Add a little romance, conflict, battles, and discord, and this story has all the makings of an ancient scroll. Powerful!

Esther lost her parents in quick succession at the tender age of four. Her uncle, Mordecai, and his wife Joanna took her back to Susa, Persia. God had blessed them with a child after years of waiting. In Susa, Esther grew in stature, beauty, and intellect unrivaled by any other maiden. It happened that Queen Vashti dishonored her husband, King Xerxes, and he needed a new queen. Soldiers were mandated to comb the cities and bring all the beautiful virgins to the palace. Coincidentally, Esther’s best friend, Hannah, was preparing for her wedding at the same time. The duo went to the market for a veil, and soldiers showed up. There was a switch, and her fate was sealed. Follow Esther’s journey in The Reluctant Queen by Lin Wilder.

The Reluctant Queen by Lin Wilder is a novel that I thoroughly enjoyed reading. My pleasure began from the preface, where Lin practically broke down the genealogy of Xerxes. It helped make the book roll like a well-oiled engine, aiding my comprehension. I loved the brilliant plot and the storyline, which was a thorough blend of fact and fiction. I’m convinced that this book was a product of extensive research because I felt nostalgic, having watched and read the story of Esther as a child. Lin developed beautiful characters that left a lasting impression on me. Jonathan showed how to make learning a fun task, and I loved how Esther played hardball with Ashurina. I learned that life itself is strategic, and there is a reason for every phase. Well done, Lin!

The Reluctant Queen by Lin Wilder is a fictional retelling of the biblical story of Esther and how a Jewish girl in a foreign land, through the providence of God, grew to become queen of the Persian empire, and how her position saved an entire nation from annihilation. The story comes to life with its full historical context, both geographically as well as theologically. We meet a young Esther who tells her story with frequent references and quotations from Scripture, especially Psalms. We come to know her as a loving daughter and friend who does not shy away from sacrifice. Great attention is given to the military history of Xerxes, including the clash with King Leonidas of Sparta. The novel gains momentum, quickly building up to the story's climax and how Esther lays her life on the line for the Jewish people.

A great deal of research has gone into the writing of The Reluctant Queen and is used to create a realistic story. Lin Wilder has given the story of Esther a background and context that focuses on the people in the story. Esther, Mordecai, Xerxes, and Hamman are introduced in a scattered manner, allowing the reader to meet them slowly and get to know each character's depth and motivation. Lin Wilder pays close attention to the life of the Persian queen as well as the military endeavors and the challenges faced by Xerxes. The characters are well-rounded, and the realistic personalities and motivations are described vividly. I love how much Xerxes' character grows and how Hamman garnered so much power is described. We are currently studying Esther in our Bible study group, and this was a bonus to read. The story of Esther can sit proudly on the shelf next to so many other retellings of biblical events.