The Adventures of Mari Lou 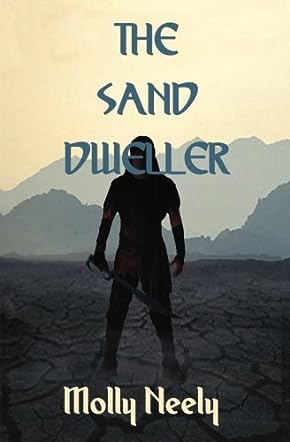 The Sand Dweller is a riveting paranormal thriller by talented writer, Molly Neely, that is sure to appeal to a wider audience, thanks to its rich, historical-religious bent. Father Caleb Glass is a young priest with a lovely church and a devoted flock, something most young priests would consider a blessing from the Almighty Heavenly Father himself. Unfortunately, Father Caleb has become unsure of his calling as of late and is tormented by strange visions and vague dreams that verge on nightmares. Tormented, he is struggling to function and begins to question the very fabric of his faith – until he meets a young man with an old soul with an urgent plea that will put Caleb’s life in grave jeopardy.

Centuries earlier, Lucifer’s brother, Azazael, wishing to exact revenge on Lilith, a fallen human condemned to Hell, makes a bet with her. Each will have a child on Earth and both children will eventually fight each other. If Azazael’s child wins, Lilith will be his forever and if her child wins, then she will have her freedom from Hell. Lilith accepts the challenge and Lucifer is agreeable. Lilith immediately seduces the Egyptian Pharoah Userkaf and has a son, the Sun God Ra. Azazael impregnates a sleeping Bedouin girl and his son, Malachi Ben Sinai, is raised in the desert by Theudas, a good and decent man, after the clan casts the baby out. As a half demon, Malachi walks for centuries among humans, doing the best to suppress the evil within him. Ra, no longer the Sun God, is a constant threat in Malachi’s immortal life, following him through the centuries, taking from Malachi all that he holds dear, yet Malachi’s belief in humanity and the saving of his own soul never wavers as he searches for Yahweh’s paradise that will last for eternity. Malachi’s very long journey finally ends at the door of Father Caleb’s church.

At its most basic, The Sand Dweller is, without a doubt, about good versus evil, with the lines in the sands clearly drawn early on in the story. On Team Evil, there’s Lucifer, Lilith and her evil offspring, Ra, while on Team Good, there’s Malachi’s father, Theudas, Father Caleb and Malachi himself, despite the fact that he’s been sired by a demon. Once the initial veil of good versus evil is slowly peeled away, there’s a rich fabric of theology, religious persecution and ancient Egyptian history that not only gives Neely’s story backbone but also a richness in flavor and setting that adds compelling elements to an already great story. As Malachi encounters and interacts with others during his travels through the centuries, Neely manages to touch upon several age-old considerations such as sacrifice, immortality and personal humility as well.

The Sand Dweller is a story that alternates between the present and the past; not always an easy thing to do since it requires the author to continuously develop both strands of the story as two separate ones before slowly fusing them together into a seamless whole. At all times, both stories must be fully fleshed out, moving and compelling in order to keep the reader engaged. While Neely certainly manages to keep Caleb and Malachi’s stories constantly moving, Caleb’s story could have been better fleshed out and more fully developed. Fortunately, this did not take away from the story as a whole and, simply put, the denouement was powerful and utterly satisfying, whether one is a believer or not.