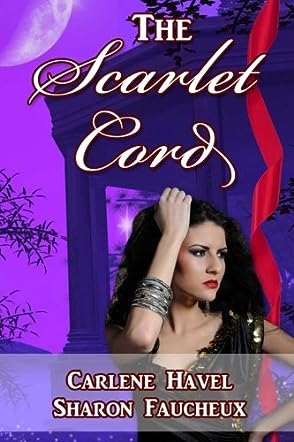 Carlene Havel writes Christian-themed romances and historical novels. She loves chocolate, Bible stories, and happy endings. Carlene has lived in Turkey, Republic of the Philippines, and numerous US states. After a career in human resources and software development, she began writing in 2005. The Havels live in Texas, surrounded by their extended family.

When the walls of Jericho came tumbling down, one family survived and was welcomed into the Hebrew faith and community. It was the family of the innkeeper, Rahab, also known as a zonah or a harlot. Rahab and her twin sister, Rohat, were the most beautiful girls in the family. Three other children had already been sold into slavery, but when Rahab’s twin sister and best friend is sold to the temple of the goddess Ashtoreth to help feed her family, Rahab realizes her parents' disregard for her well being. She takes matters into her own hands, settling into a life as a harlot to support herself. Although her family forgets that she is one of them, Rahab never forgets her family and works hard to help support them, saving all the while to create a more satisfying home and income by purchasing her own inn. This is where she first meets the Hebrew Prince Salmon. By helping him escape, she seals her fate when Jericho falls and it is not so different than what the fortune teller once told her.

Carlene Havel and Sharon Faucheux’s novel, The Scarlet Cord, takes the reader back to the days before and after the fall of Jericho. The Hebrews, who recently escaped Egypt, follow God’s course and plan to create their own home. In the process, pagan communities like Jericho fall to the power of God’s will. It is not an easy time to be a woman, especially in Jericho, and the authors develop a plausible plot around the character of Rahab, who is herself a very strong character, a survivor as well as a compassionate person. A fascinating story of the early days of the Hebrews in the Promised Land. Well done!

"Wonderfully researched, beautifully written, lovingly shared…this version of the story of one of the more elusive biblical characters is a treat for those who love fiction based on short facts known about documented people."

I could not put this down. A page turner from beginning to end.

I was drawn in from the very beginning. One of the best books I have read in a very long time. I couldn't put it down and when I finished it left me wanting more!

"I really enjoyed this book. Even though it was fiction, I felt the author brought to life a very good tale of how the story of Rahab could have come about, while teaching her readers some biblical truths and the customs and cultures of the day. I also liked how clean she kept the book, considering the main character was a harlot. I really think this would make a great movie."

"I couldn't put it down. I read right through the night."