Searching for my Faith The Shade Under the Mango Tree 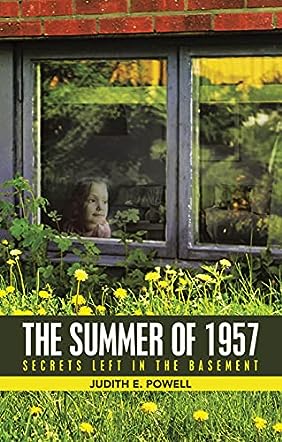 The Summer of 1957 by Judith E. Powell is a work of fiction that reads like a memoir. It uses as its core plot device the molestation of eight-year-old Penelope Evans by the grandfather of her childhood friend Elizabeth Werner. In 1993, Penelope is unhappily married, living in Denver, when she receives a life-changing letter from Elizabeth who, now in law enforcement, is investigating the cold case of her grandfather’s death, theretofore considered a suicide. Thirty-six years later, Penelope is still experiencing the PTSD effects of her assault and now becomes concerned that her father’s hatred of the pedophile might have been a motivating factor for him to have been involved in the man's death. Wanting to keep the case closed, Pen returns to Dayton, meets with Elizabeth, and reads her own mother’s diary of those traumatic days of 1957. Her suspicions grow about her father. Could he have been so enraged that he killed the abuser? Elizabeth’s investigation opens the proverbial can of worms, one which will change many lives forever.

I found The Summer of 1957 a real page-turner. It was so real, I kept forgetting it was fiction. Ms. Powell’s immaculate prose is crisp and breezy, and she weaves the themes of child molestation, investigation, and romance together like a fine tapestry, also mixing in family dynamics past and present. Her descriptions of places and persons create a vivid picture, and her well-placed jabs of humor offer comic relief (buttered popcorn kisses, for instance) from the complexity of murder, incest, pedophilia, PTSD, bi-racialism, family loyalty, and childhood friendship. She handles the crime details discreetly—no sensationalist or prurient details here, but enough to realize the nature of the crime and of Elizabeth’s grandfather as a danger to the children in their Dayton neighborhood. The Summer of 1957 by Judith E. Powell may be a step in drawing attention to the devastating results of this often-unreported crime against children, to whom Ms. Powell dedicates her fine novel on the subject.