Danger on the Loch 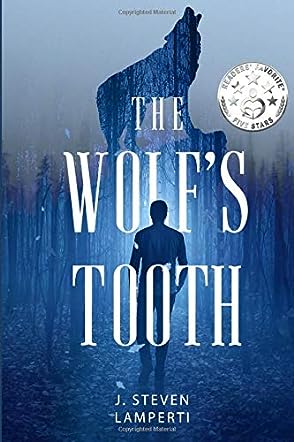 J. Steven Lamperti enjoys the weather and culture of the bay area in northern California, along with his wife Andrea, their three daughters, their dog Kai, and their two cats. Recently he left a long-time career as a computer programmer to pursue his lifelong ambition of writing.

The Wolf's Tooth: A Tale of Liamec by J. Steven Lamperti is the story of a Twee as he tries to find his place in the world. Adopted by a pack of wolves as he roamed the forest as a toddler, Twee knows no world outside the bounds of his forest. As the years go by, he adapts to the world around him and enjoys his life with the pack of wolves he considers family. However, that all changes in a blink of an eye. Separated from the pack and lost in the world of strange men, he has no idea what his purpose is. Is it manipulating metal? Or is it somewhere in the castle where the ruthless man lives? Twee has no idea who he is and what his purpose is. The young prince of the human world knows where Twee came from, but he is not sharing this secret with anyone. Will Twee ever find out?

J. Steven Lamperti sets the tone of The Wolf's Tooth early on and gives readers enough material to keep them invested. We meet Twee as an anonymous little kid who has no idea where he is. He seeks warmth and comfort, two things we associate with home and safety. That is the moment when I formed a connection with him. Grr, Sasha and Misha are very two-dimensional, but their purpose was to give Twee a head start. For some reason, I didn’t like Anna or even the prince. Twee is a very complicated character, maybe because he was raised by wolves or maybe because he was very different. He and Vix make a good team. They give each other strength and the push to move on. The mystery behind Vix and why Twee was all alone in the forest are handled well. The pace is fast yet not too fast to rush readers. It is so much better than I expected.