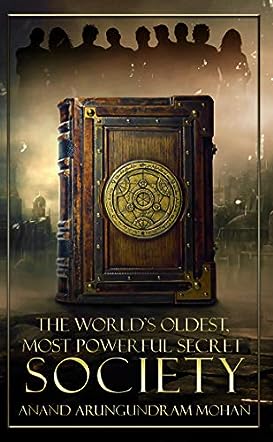 The World's Oldest, Most Powerful Secret Society by Anand Arungundram Mohan is an epic young adult fantasy that connects a historical event with a modern adventure in India. The plot begins during the rule of Emperor Ashoka who entrusts nine learned men to write and then hide books on alchemy, time travel, and communication with alien life. Thousands of years later, in 2006, nine children are born on the same day in the city of Chennai in southern India. They grow up as close friends until one day a friend passes away after a serious injury while playing cricket. The friends are grief-stricken until another member of the group meets an old man in a hospital, claiming to be an heir from Ashoka’s time, who tells her about the hidden books of power. The children embark on a mission to search for a magic book with hopes of bringing back their lost buddy.

Anand Arungundram Mohan has woven a beautiful tale full of suspense that will appeal to fantasy readers. The storyline is realistic and I liked the way how certain limitations that a group of children on an adventure might face, financially or otherwise, have been included in the plot, reminding me of the Famous Five book series by Enid Blyton. There are mythological references like flying chariots and books filled with magical pages that take our protagonists across various landscapes, both within India and outside. This is a quest like no other, filled with apprehension, bonding, trust, and cooperation. I thoroughly enjoyed going out on a trip with these nine children as it manifested the strength of having supportive allies. However, I do pity the anxiety of their parents since they seem always worried about what next troublesome adventure these children might embark upon.