The Curse of Cortés 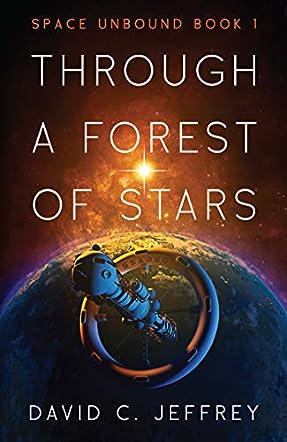 David C. Jeffrey was born in Riverside, California. He was introduced to the works of Ray Bradbury at the age of 12, just as the “space race” was capturing the imagination of a new generation. From that point on, he grew up on a steady diet of hard science fiction writers like Isaac Asimov, Arthur C. Clark, Frank Herbert, Larry Niven, Hal Clement, and Poul Anderson.

Jeffrey graduated with honors from the University of California, Irvine, with Bachelor’s degrees in Biological Sciences and Secondary Education. While pursuing a Master’s degree in microbiology at the University of California, Santa Cruz, he conducted field research for the National Science Foundation in the rain forests of Costa Rica and has published in several scientific journals.

He has worked as a science instructor, a microbiologist, and later as a cardiology RN for twenty-five years in acute care settings. An experienced wilderness trekker and naturalist, he has solo-backpacked throughout the wild regions of western America, including Alaska and Yukon. Now retired, he lives in the San Francisco Bay Area and continues to write character-driven science fiction novels featuring space exploration and real science.

Through A Forest of Stars is a work of fiction in the science fiction genre, and is the first book in the Space Unbound series. It was penned by author David C. Jeffrey. Set in a future in which Earth’s atmosphere is quickly losing its ability to sustain life, the book follows geologist Aiden Macallan. Aiden is part of a survey team that explores distant worlds, looking for humanity’s new home, but when the unlikely happens and a potentially viable candidate is found, Aiden’s mission takes on a dangerous new edge as the various factions of humanity begin a deadly race to claim the new home.

Author David C. Jeffrey has crafted an all-engrossing work of fiction with plenty of concept, content and character to offer its readers. One of the features which I found particularly impressive about this piece was the author’s ability to balance the classic approach to science fiction with the fast hook appeal of the modern blockbuster, weaving an intricate storyline of clever concepts and relevant issues alongside dynamic, action-packed scenes and high octane thrills. The dialogue was also very effective, serving to display the unique traits of the characters whilst moving the plot forward in a natural way, and this enables readers to really relate to Aiden and his cohorts and feel their triumph and struggles as the plot events unfold. Overall, I would highly recommend Through A Forest of Stars to fans of compelling page-turners, masterfully conceived plotlines, and for immersive science fiction enthusiasts everywhere.

Through A Forest Of Stars by David C. Jeffrey is a science fiction novel set two centuries into the future. The year is 2217 and things on Earth are exactly as people warned they would be. Earth is dying with large portions of flora and fauna already gone from places that used to teem with life. The only hope lies with interstellar travel enabled by voidoid portals. The portals have allowed humans to travel to distant star systems but so far haven’t led them to a habitable planet. That is until Terra Corp discovers Silvanus, a habitable planet in the Chara system. It should be a happy find. Unfortunately the government on Earth (UED) and Mars (ARM) battle to claim the new planet which appears to have no sentient species. It’s up to Dr. Aiden Macallan to navigate the new world and help stop the brewing war that may destroy humanity’s second chance.

I love sci-fi and I’m happy to say that the first installment in the Space Unbound series doesn’t disappoint. There are so many praiseworthy things in this book so I’ll try to cover the best. First, the writing is just so good. I could see myself inside the pages of this book, experiencing the events alongside the characters. Second, I loved the characters, mainly Aiden and his self-aware AI, Hutton. I had so much fun with these two and also learned a lot about the biology that goes into an ecosystem. I loved the way David C. Jeffrey made Silvanus different from Earth. Lots of great surprises there and also similarities to what we know. I love the plot and can’t wait to see what happens next. There is no cliffhanger but I was sad to leave the characters as they embarked on the next adventure. Fans of Star Trek will enjoy Through A Forest Of Stars.

Through a Forest of Stars is the first entry in author David Jeffrey's futuristic sci-fi series Space Unbound. It's the 23rd century, and droidoids, wormholes connecting different star systems, have made space exploration exponential. In the midst of a solo survey mission, Aiden Macallan is called upon to accompany the spaceship Argo on its journey to the planet Silvanus in the Chara system. As the SS Argo approaches Silvanus, it inadvertently finds itself in a stalemate with the Martian ship Welles. Meanwhile, Aiden barely survives his arrival on the planet. Aiden, alongside his faithful AI companion, Hutton, must now find out the reason behind the degradation of the sentient life form Rete and try to reverse it to save the planet and secure the future of the human race.

Through a Forest of Stars is a thought-provoking and introspective take on space exploration that instantly pulls you in with a riveting story and some wonderfully imaginative worldbuilding. David Jeffrey's novel rivals TV shows like The Expanse and Battlestar Galactica with a tale that fills you with wonder and awe amidst a backdrop of warring governments and corrupt corporations. I was deeply intrigued by the philosophical and practical ramifications of the usage of futuristic technology and found the concept of the Connectionist Network particularly interesting. David Jeffrey takes his time building the world, making it a slow burn but an immensely satisfying and immersive one at that. Sci-fi fans should adore Through a Forest of Stars. I did, and I'm looking forward to reading the sequel.