To Have & To Keep: An Unusual Contemporary Romance 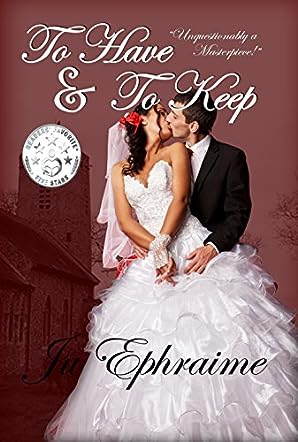 Ju Ephraime writes steamy high heat romances, packed with emotions and strong alpha characters and always a wonderful, happy ever after. She has won several awards for her writing, and had even seconded in Amazon Breakthrough Novel Contest, with her White Magic Woman. When not writing romance novels, Ju could be found writing children’s books, which includes her, Too-Clever series, a collection of ten children stories. Ju writes her children's stories under, Dr. Julia E. Antoine. These days she stays busy helping in the community and donating her services to a not-for-profit organization, which she helped establish. Presently, she resides in CT where she has lived with her family for the past thirty years. She still misses her time on the sunny Caribbean islands, but takes pleasure in using them as backdrops to some of her stories.

Visit her blog at http://www.juephraime.blogspot.com or her personal page at, http://www.juliaeantoine.com where you can sign up for e-mail updates and other goodies.

To Have & To Keep is a contemporary romance novel written by Ju Ephraime. Rebecca was now a junior partner in the architecture firm that had hired her after her internship with them, and she felt good about what she had accomplished so far. When she was given the responsibility for handling Peter Argil's project, she knew she'd be able to work with him and his assistant, even if he did seem to have a propensity for adding complications, such as an over-sized Jacuzzi tub and a large fish tank. Those problems would be handled for the most part by the structural engineer. While CTR had structural engineers on their team, Argil had already selected the man for the job, and he was expected at any moment. Rebecca was busy examining architectural plans when he arrived, so it wasn't until she looked up to meet him that she was stunned at recognizing him. It didn't seem possible, but Rebecca was sure it was her husband, whom she had left precipitously, right after their wedding, five long years ago. She began to feel a bit faint and dizzy, and grabbed the table in an attempt to stabilize herself. When she looked up again, Sebastian was gone. Peter was annoyed by the disruption and had his assistant call the departed engineer, but they weren’t able to get him to return that day. But Rebecca knew this assignment was her chance to finally get through to the man she so dearly loved and explain why she had left him. It wouldn't be easy, and his outright rejection would be devastating, but she had to try.

Ju Ephraime's contemporary romance novel, To Have & To Keep, follows the turmoil that ensues when a husband and his runaway bride meet by chance five years after she left him abandoned with no explanation on their way to their honeymoon. Ephraime deftly paints the emotional states of each of her main characters, and that of Sebastian, whose life was totally upturned after his abandonment, is particularly moving. Will the couple ever be able to reconcile their differences and revive the marriage neither of them had ever even considered having dissolved, even after five years? The author skillfully keeps her readers as off-balance and uncertain as her two main characters as they attempt to work through old pain and find themselves moving forward. To Have & To Keep is beautifully written, and while there are some steamy interludes in the story, they are respectful, loving and intricately involved with the plot. I found myself frequently cheering on these compelling and believable characters as they attempt to find a way back into each other's arms. To Have & To Keep is most highly recommended.

Great summary of the story and equally great review!