A Walk Through the Wilderness 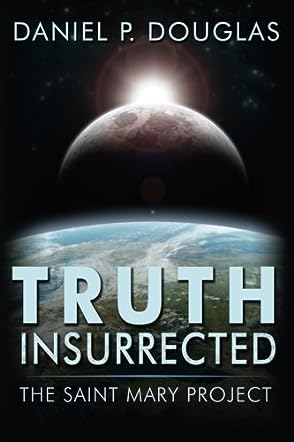 Daniel P. Douglas is a U.S. Army veteran who has also served as a senior analyst in the U.S. intelligence community. A long-term civil servant, with degrees in Political Science and Russian Area Studies, Douglas has also worked in the museum profession. His travels have taken him throughout the United States, Mexico, Europe, the Middle East, and the Caribbean.

As an author, Douglas creates epic tales – of the past, present, and future – with the most unlikely of heroes, and calls upon them to join extraordinary and mysterious struggles. His characters' sometimes-reluctant choices and actions put them on a collision course with destiny and reveal unimaginable truths. In every pulse pounding, edge-of-your-seat adventure, survival means confronting personal flaws and doubts, and forging unexpected fates as inspiring new champions in the eternal battle against evil. In short, Douglas is a multigenre author who turns ordinary people into extraordinary heroes.

Douglas explores this theme through science fiction, conspiracy, mystery, suspense, and thriller books. His first novel, Truth Insurrected: The Saint Mary Project, centers on a decades-old government cover-up of contact with extraterrestrial life. Other works include The Outworlds series, which is comprised of science fiction adventure stories set in the early twenty-fourth century at the fringe of human civilization; Green Bird, a modern-day thriller about an FBI agent racing to stop a cyber terrorist before it’s too late; and a hard-boiled, World War II era detective series called Richter’s War.

Born and raised in Southern California, Douglas has also lived in Virginia and Arizona. He now lives in New Mexico with his spouse, children, siblings, parents, pets, and livestock, and enjoys reading science fiction books and conspiracy thrillers as much as writing them.

Truth Insurrected: The Saint Mary Project by Daniel P. Douglas is a thriller with a science fiction twist. William Harrison used to work for the FBI. Now a private investigator, he is on surveillance one night, watching a cheating wife, when he spots something strange – a shining light hurtling through the sky. At the same time, a motorcycle cop has problems with interference on his radio. A military test flight is carried out near Las Vegas and the convoy spots an encounter between two of their military jets and a UFO. On top of that, Harrison starts getting odd postcards, signed by Echo Tango, alerting him to what could be one of the biggest cover-ups in history. The person helping him is from the Saint Mary Project, a project engaged in contact with aliens. Echo Tango believes that Harrison is the person to stop the Project from wiping out what they call “loose ends”. What follows is a thriller of epic proportions, a story that takes you from ground zero to the realms of improbability, through interaction with strange human-alien hybrids. The story uncovers a huge secret in Harrison's past, the one thing that could end the crime for good.

Truth Insurrected: The Saint Mary Project by Daniel P. Douglas is a gripping read, a thriller like no other. This is a real science fiction story, frighteningly close to what could be the truth. We would never know but many of us suspect that this kind of thing is already happening in the world today. Mr. Douglas has written a best seller here and I defy anyone, no matter what their taste in books, not to enjoy it, not to find themselves sitting on the edge of their seats, clutching the book, unable to put it down until they have finished. Excellent novel, I can’t wait to read more.

Truth Insurrected: The Saint Mary Project by Daniel P. Douglas is an exciting sci-fi thriller about a UFO cover-up conspiracy that will please UFO buffs, spy buffs and fans of adventure novels alike. Douglas references the well-known 1947 Roswell, New Mexico, episode, but creates a fictional “St. Mary Project” made up of high-ranking military officers, professors and other experts who take it upon themselves to study the aliens, harvest alien technology and keep this knowledge from the public. The book’s main character is William B. Harrison, a former FBI agent turned private investigator who now handles dull insurance fraud cases. Suddenly, he begins getting messages from a mysterious individual named Echo Tango, who wants to hire him for a case with few details. He eventually learns that Echo Tango is a general who is part of the Saint Mary Project's inner circle, but is fed up with the project’s secrecy and lies and wants to expose it. They have some help from Harrison’s former FBI colleague and a local cop, but they’re in dangerous waters – anyone who crosses the project becomes a target for Protocol One, or assassination.

One night, William Harrison, a private investigator living in Tuscon, observes a bright sphere darting back and forth. In the desert outside Las Vegas, the Air Force is testing an extraterrestrial craft that crashed in Roswell. In Washington, the men running the Saint Mary Project are devising weapons to counter the aliens, and are prepared to kill anyone who threatens to expose them or the project. A former CIA and FBI operative, Harrison’s life these days is handling marital infidelity cases and odd insurance fraud. That changes when he receives information from Echo Tango, a disillusioned member of the Project, which leads him and his FBI friend on a trail to unmask the shadowy Saint Mary Project and the men behind it, where they risk not only their lives, but their sanity.

In ‘Truth Insurrected’, Daniel P. Douglas takes the reader into a classic government conspiracy scenario: UFO’s, Roswell, captive aliens, shadowy organizations, and sanctioned murder. I liked the hard-bitten Harrison and how he charges into the investigation, knowing the risks and obstacles he faces. The Saint Mary Project personnel are somewhat superficial and their reactions predictable, but their dedication to their work, and willingness to crush any opposition, makes you admire them even if you don’t like them. The book is well written and the dialogue crisp, with enough plot twists to make you turn the next page. For conspiracy lovers, ‘Truth Insurrected’ will confirm their worst fears. For those interested in an entertaining yarn, Daniel P. Douglas has provided a fairly engaging and diverting book.

Truth Insurrected by Daniel P. Douglas is a debut sci-fi novel about an ex-federal agent who was injured on the job fighting crime, and now does menial private investigation work in the desolate Arizona desert. Like the empty terrain, William has been relegated to the life of a voyeur - watching marital trysts unfold in seedy locations. His life is routine and passionless, until a cryptic message appears from an anonymous source known as “E.T.” The mystery man has first-hand knowledge of a secret military operation to cover up alien existence - The Saint Mary Project. ET wants the world to know the truth and thinks William can help, but they are running out of time. William is eager to take the bait and soon discovers that he and his family are more involved than just blowing the whistle on a black ops conspiracy.

After the basic conflict is established, Douglas exercises his new creative legs by describing eloquently the background, mood and character of a world steeped in mystery and intrigue. There are assassins, military bases, William’s old pals, Washington politics, police officers, weird science projects, animal experimentation, strange lights in the dark sky, and alien hybrids that probe more than just bodies. As the plot develops, there are twists and turns, thrilling action scenes and a stellar crime mystery where clues are meticulously arranged, leaving behind a breathtaking ride through an unsettling fictional trope. Truth Insurrected by Daniel P. Douglas has all of the trappings of awesome storytelling, multiple points of view, and rich language weaving a thread into the unknown.

Daniel P. Douglas writes a fascinating sci-fi thriller in Truth Insurrected: The Saint Mary Project. What if an alien aircraft really did crash in Roswell, NM in 1947? What would the US government do to keep the public from knowing the truth? William Harrison gets hit head on with that very question. When Private Investigator Harrison receives unusual correspondence from an informant – “ET” - he begins a bizarre trek to uncover the truth. His trail reveals facts buried in the past, and then thrusts him into the possibilities of the future. All the while, he tries to stay alive in the present. For decades, hidden deep underground, scientists have been clandestinely devising secret weaponry and experimenting with alien-human hybrids with “out-of-this- world” powers. A secret shadow group, known only as “The Circle,” controls it all. Whether alien or human, anyone who stands in the way of this government “alien” conspiracy is expendable. If you become a weak link you may find yourself eliminated, just bones buried in the desert sand.

Truth Insurrected: The Saint Mary Project is not your normal science fiction novel. Daniel P. Douglas doesn't thrust you into the outer limits, instead his narrative keeps you grounded on planet Earth. However, it is full of alien and government conspiracies, making it a thrilling page turner. Douglas shares valid information about his characters. Yet, he depicts an air of mystery, not revealing too much too soon, adding to the suspense. The intersection of the characters' paths is written with detailed precision within the plot’s scheme. I particularly enjoyed the dialogues, and many times the characters' distracted thoughts were revealed. Their minds were somewhere else, having nothing to do with what was being said. The book is action-packed; it truly ends with a bang! The elements of science fiction were subtly “far-fetched,” keeping with the overall mood of the book - could this be true? Maintaining the mystery, not everything is neatly wrapped up for the reader. I am left wondering, who are the members of the circle? And why all of the oranges?