To Marry an Earl 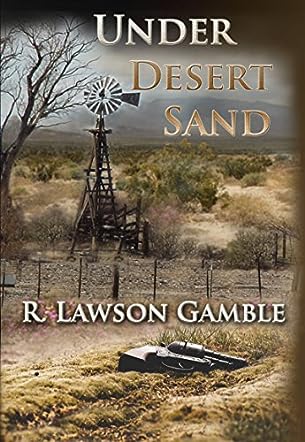 Under Desert Sand: Zack Tolliver FBI, Book 5 is a paranormal murder mystery novel written by R Lawson Gamble. Zack and his colleague, Dr. Susan Apgar, were getting ready to leave Las Vegas, where they had conducted a workshop at the Southwest Press and Lawmen’s Annual Conference. Their subject, the seemingly inexplicable that is often encountered during the investigation of a homicide, was met with mixed results, but they were used to that. Zack had been with the FBI for fifteen years now, and he was still happily working with the FBI Liaison Office for the Four Corners Navajo Indian Reservation in Tuba City. During his time there, he had been befriended and mentored by Eagle Feather, whose tutelage had helped him to understand the spirit of the Dine and the reality of those inexplicable occurrences his workshops explored. While they were eating breakfast, Susan, who was the chair at her college, brought up the strange story of two young men who appeared to have committed suicide while duelling. They each died of a single gunshot to the forehead, shot from a distance of 100 feet apart, with each of them having five bullets still in their pistols. Their bodies had been found in the Mojave National Preserve. Zack offered that perhaps they were expert marksmen, but he also considered that the Ranger who had found the body and the investigating BLM agents may have missed pertinent clues. When, shortly afterwards, Zack was contacted by Butch Short, who worked for the BLM, and asked if he would consider an engagement as a consultant in investigating the young men’s deaths, Zack and Susan were all too pleased to put their other plans on hold and head for the desert.

R Lawson Gamble’s paranormal murder mystery novel, Under Desert Sand, delves into the violent and bloody history of Hidden Springs, where cattle ranchers had feuds with sheepherders and each other over the rare and precious source of water found there as Zack, Susan and Eagle Feather work together to unravel the mystery surrounding those two dead boys. Gamble’s love of the Desert Southwest and Native American culture is apparent on every page of this marvelous and engrossing mystery tale which references the actual history of the area. I loved following the three of them as they travel through the Mojave National Preserve and retrace the steps of the victims. Gamble mingles the story of Zack’s investigation with that of the two college boys who were experiencing a summer to remember when tragedy befell them, and living both the past and present creates a tension that makes the story work beautifully. While this is book 5 in Gamble’s Zack Tolliver FBI series, it reads quite well as a stand-alone. That said, I’m looking forward to reading the previous four books -- in order. Under Desert Sand: Zack Tolliver FBI, Book 5 is most highly recommended.