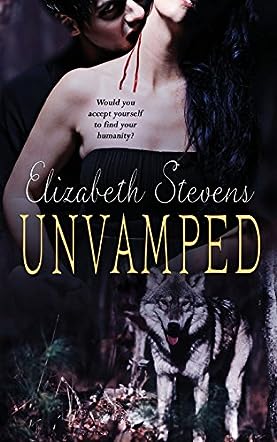 She has received her Master of Arts (Writing) from Swinburne University of Technology and hopes to one day undertake a PhD in Creative Writing.

Charles is a 700-plus-year-old vampire, or at least he was until last night, who has become just a little jaded with life on earth with humans. Petronella, or Ellie, is a young witch who hasn't decided if this is a gift or a curse; she just wants to be normal. Lee is your typical teenage werewolf, trying to adjust to the monthly changes and not enjoying it, wanting to be normal. One night, quite by chance, all three encounter each other and all their lives become entangled. Charles will try to quench his thirst on Ellie, who will curse Charles, turning him human, and Lee will see all this from a distance. No big deal right? Wrong. Now they find that they will need each other to figure out this messed up thing called life. Unvamped is a catchy title for the story, partly of Charlie, who is no longer a vampire, but also of Ellie and Lee. Author Elizabeth Stevens takes normal human emotions of growing up, translates them to these paranormals, and creates a divine story.

The title will make you think that Unvamped is mostly about Charlie and, while he is the main character, he has a lot to learn or relearn to shed his jaded ways. However, it is still just as much about Ellie, a powerful young witch with so much potential that she is a threat to some, and a promise to others, and she just wants to be a teenager. Lee is having trouble controlling his changes from boy to wolf, and this is causing problems, which only grow with the book. The funny thing is that Charlie is the one that seems to be the best equipped to help Lee out and deal with the issues. It's an uneasy alliance between these three in the beginning which then becomes a friendship that changes so much about them all. Author Elizabeth Stevens gives the reader a wonderful story with so much to recommend it for any reader.