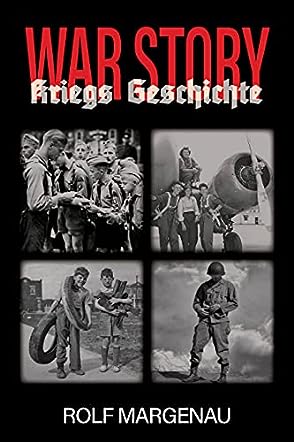 RCM Bio 2020
Rolf Margenau is a prize-winning author who has published six novels and two photography books. He was a Sergeant during the Korean War, a professional photographer, founder of a not-for-profit homeless shelter, ran big and small businesses, and began writing novels loosely based on his experiences ten years ago.
The novels feature Wylie Cypher, first seen as a twenty-year-old college dropout who comes of age during the Korean War. In 1980, he’s a successful but burned out lawyer with a failing marriage. He runs afoul of many villains as he begins a trek with his daughter through the high Andes in Peru.
Retired, in his mid-sixties, Wylie does battle with BIG AG as a Master Gardener, also befriending a group of eco-terrorists who help save the Monarch butterfly. In National Parks, he lives in a dystopian future where Congress attempts to sell off our national parks to bail out a bankrupt country.
His most recent story is a fable/thriller about the unexpected results of a medical team’s effort to prolong human life for 30 years. The book answers the question of what could go wrong with that idea.
The author has retired Wylie Cypher and just completed a novel about how four young people with a German background respond to the demands of World War II, on the home front, at war and in a POW camp.
Rolf Margenau lives amid farmland in northern New Jersey with his first wife of over sixty years.

War Story by Rolf Margenau takes us on a journey through WWII with four young people who are faced with the horrors of a world at war and learn to grow up quickly because of it. All four participants are linked to each other either through familial ties or as neighbors. Horst is a German tank commander operating in the North African desert when he and his crew are captured, along with thousands of other German soldiers. Shipped back to a Prisoner of War camp in Mississippi, Horst begins to realize that the propaganda fed to him about their wondrous Fuhrer and his thousand-year Reich may in fact be just lies and propaganda. Nine-year-old Achim is living in New Haven, Connecticut when war breaks out and suffers the taunts of some of his fellow classmates because of his German heritage. Achim draws closer to his friends and they set about making the most of the tough war years as young entrepreneurs. Liesel, a neighbor of Achim and sister of Achim’s best friend, Inge (Inky), is sixteen and in love with flying. Unable to see a path for women pilots in the frontline, Liesel instead joins the ATA and finds herself and her new-found comrade, Marylou, in Britain and later Europe, ferrying planes around the country for the Allied forces. Paul has just graduated from Yale, majoring in Electrical Engineering. Enlisting in the Army, he finds his talents are needed and appreciated, first as a codebreaker at Bletchley Park in England and later as a spy for the OSS in occupied Europe, where he is involved in rescuing German rocket scientists for future work for the Americans on the space program. These four main characters’ lives will constantly cross and intersect as each experiences the horrors of World War II from their own unique perspectives.

War Story is a tightly-woven tale of familial love and a personal perspective of a traumatic time in history. Author Rolf Margenau has created four diverse main characters that all play pivotal roles within the story that unfolds. I particularly found fascinating the treatment of Italian and German Americans by the government during the war. We had all heard of the poor treatment of Japanese Americans during WWII but it was a surprise to realize similar harsh treatment was meted out to those of German and Italian descent. What impressed me also was the author’s ability to balance four separate and disparate story arcs that crossed paths occasionally in such a readable manner. For the older members of the families who were proud Americans, there was also the thought and worry of relatives back in Germany who were suffering and potentially dying at the hands of Allied bombs or ground forces, which made for an interesting contrast. By focusing on one of the main characters, young Achim, the book also gives a fascinating insight into the mindset of the young as they attempted to come to grips with the reality of what was happening overseas and to their friends and families. All four main characters play an integral part in the story that unfolds and for me, this is one of the things that made the whole journey flow so seamlessly. The story of Horst’s time in the POW camp was just as fascinating as reading about Paul’s clandestine missions in Europe, or Liesel’s daredevil flying in Britain and later in Europe. This is an engaging read and one that captivated me as a reader. The perfect length for a novel of this magnitude, I can honestly say it was one of my most enjoyable reads this year. I can highly recommend War Story to readers of all genres of fiction as it covers so much more than just the intrigue and horrors of war. Truly, a fantastic read.