When Stars Go Out 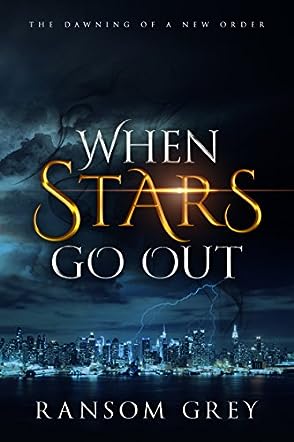 In When Stars Go Out, author Ransom Grey depicts a not-too-distant America, in which a new order has taken hold and the nation’s teens are rounded up and sent to special ‘communities’ to work. Reed, a new inductee, goes to the compound with an angry chip on his shoulder, but to his surprise discovers the community is not so bad. There is food, shopping, movies, jobs, decent housing, and even paychecks—not what Reed is expecting. His anger becomes confusion and then quickly becomes acceptance. He makes friends, becomes popular, finds a suitable place in the pecking order of the compound, and resolves to make the best of it. But no matter what he does, there is still a lingering doubt that he cannot name. There is something wrong that he cannot put his finger on and what he discovers is something he could never have imagined.

I found When Stars Go Out to be an interesting read. Although the story starts slowly and takes its time to reveal the dark underbelly of the plot, it manages to draw you in, first out of curiosity, then in that “need to know” urge that all readers get. And curiosity is, interestingly enough, what drives Reed to discover not just the danger than he unknowingly lives with day to day, but to open his eyes to a way of life he would never have guessed. When Stars Go out has elements of love, betrayal, mystery, good vs evil and enduring faith at its core. And it also demonstrates how a leap of faith not only can change your mind, but in fact change your life. If you are looking for a surprising story of hope, you will enjoy this book.