Guardians of the Keys Know, Grow and Show Your GRIT! 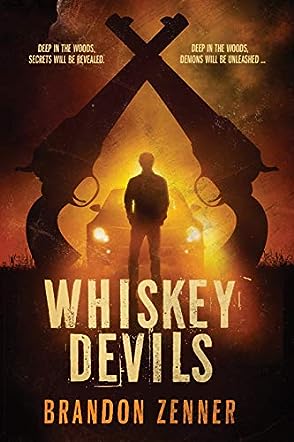 Brandon Zenner is an American fiction writer. His short fiction has been published in both print and online publications, the first being submitted when he was just 19 years old. THE EXPERIMENT OF DREAMS, his debut eBook thriller, has reached Amazon's top-ten charts within its genre many times. His second novel, WHISKEY DEVILS, was released in early 2016, and nominated in the Global Ebook Awards. His genres of choice are thrillers, crime, dystopian literature, and science fiction.

Whiskey Devils is a thriller novel written by Brandon Zenner. One afternoon, Powers actually did the thing he had been dreaming about for some time. He walked out of the boring office job he hated. When he went home to the spread of land he shared with his partner, Nick Grady, and shared his news. Nick was delighted and found it cause for celebration. Nick had been wanting Powers to work for him full time for a while now, and Powers was anticipating the change from part- to full-time status. He would still be working at packaging the finished marijuana product that Nick's agricultural business produced, but he'd also be involved in more aspects of the business, particularly the actual growing of the crop under the tutelage of Jim, Nick’s botanist and old friend. Powers also relished the idea that he and Becka would now have more time to spend together as she was also employed by Grady. He was confused therefore by Becka's reaction to his news and new responsibilities. He wasn't sure if she felt passed over for the promotion or what, but when she begged him to leave with her on an impromptu vacation one morning, after unexpectedly appearing before he was to leave for work, he shrugged off her seemingly impetuous idea and drove to the warehouse. All too soon he would wish he had left with her after all.

Brandon Zenner's thriller, Whiskey Devils, is an exciting and fast-paced story that pits a pair of successful pot farmers against Russian mobsters. The author builds his plot carefully and smoothly, and this action-packed story just keeps on delivering. I enjoyed the interaction between Powers and Nick Grady and felt almost bereft when their carefully controlled world began to crumble around them. Zenner sets his story in the New Jersey Pine Barrens, and the atmosphere and locale add beautifully to the story. His characters are well defined and believable, and his writing style is crisp and fluent. Best of all, Powers is a marvelous noir hero who you just can't help rooting for. Whiskey Devils is highly recommended.