Till My Last Breath 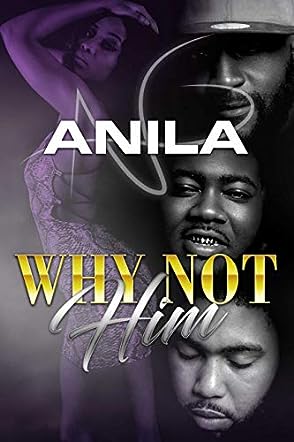 Anila was born, raised, and has lived all her life in the Sunshine State. I am a simple person with a complexity of characteristics. I am a feeler with a compassionate open heart. Loyalty runs deep through my DNA. I am mildly aggressive, and I advocate for those who cannot for themselves. I’m real, passionate with 100% no filter.
I have been through some things in my lifetime which has guided me to my passion for storytelling. I write stories that are not always pleasant or pretty, but always with the intention for the reader to be inspired, motivated, and encouraged. I love love and the constant elusive pursuit of it.
I love meeting new people and having real conversations about life. When I’m not creating or taking long walks on the beach at sunset, I surround myself with the endearing love of my family and friends.
Thank you for your support and I look forward to creating new, long-lasting relationships with each of you. Leave comments, reviews, and follow me on Instagram @i.am.anila I would love to hear from you.

In Why Not Him, author Anila creates a character who narrates her own story, Zia Norton, “a self-made boss at the age of twenty-five—whoop! whoop! My business develops concepts and writes scripts for various entertainment genres.” Originally from St. Pete, she has graduated from a prestigious historically black university in Atlanta and is recalling mostly her four years there, during which she became of age (sexually speaking), and fell love with a man who eventually beat her to within an inch of her life. She forgives him, only for him to do it again. She struggles with her intense sexual being as it conflicts with her desire for true love. She is with two pals from childhood, Ja - a “sister” - and Quay - a “brother”- who watch over her but who fail to protect her from her tormentor. Zia fights to understand how love can turn so horribly ugly and how her own judgment can be so terribly wrong. Eventually, she finds a sympathetic counselor at college who guides her to some supportive self-insights. Zia tells her story in her own ghetto vernacular. She is brash and direct and does not hide her love for sex and alcohol. The author warns us that “this story is raw, edgy, and explicit.”

Her warning should be heeded. If you have any objection to near-pornographic descriptions of sex acts, Why Not Him will not be the book for you. And yet, the passages seem realistic for Zia’s uninhibited accounts of her desires and encounters, expressed in the language of the “street.” The point for me was, are the descriptions true to Zia’s character? And as I read, I came to answer, yes, they are. As Anila announces, the book is about love, and “love is a mf’er.” The book is about the search for love, almost at all costs; the violent abuse of love; and the journey toward recovery and hope. Zia may be unlike most of us in her frankness, ruthless honesty, and raging desires, but she is very much like all of us in our search for meaning in love and in life.