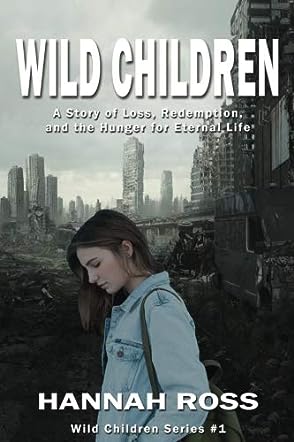 Ben was never an unwanted, unloved child. Unlike the other children in the orphanage, and there were a lot, he was wanted, he was loved. So why was he left there as an infant? And, when he turned twelve, why were he and the other twelve-year-old orphans driven to the end of the road, in the middle of nowhere, and left to fend for themselves in the wild, no-man’s land beyond the boundary?

It was a Decree on Population Control, to maintain resources for those who lived within the Boundary, to keep alive the survivors of the devastating wars of the past, the wars that destroyed and contaminated the rest of the land. But the wars were generations ago. Things change, both inside and outside the Boundary. But the bonds of family never change, at least not for Rebecca and her son, Ben, the one she had to give up shortly after he was born. She never did forget him. She never did give up the hope that one day they would be reunited. Why? She believed in family; she believed in the everlasting bond of parental love.

Hannah Ross’s dystopian novel, Wild Children, is a compassionate journey of what if’s, leading the reader into a world after all is destroyed. This new world faces the same conflicts that once almost fully annihilated all who came before: conflicts of politics, abuse of power, condemnation of those who oppose the ones in control. While the plot leads the reader through the life of a young boy, abandoned at birth -- though technically not abandoned -- as he journeys out into an unknown world full of unimaginable dangers as well as endless possibilities, the plot also gives the reader a strong sense of the power and true meaning of love and the importance of family, both natural and adopted. This journey of what if’s is both compelling and enlightening. A fascinating read.