by Terri and Molly Gates 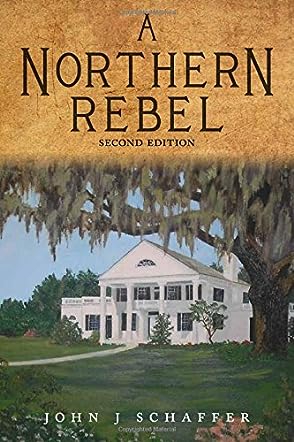 John J Schafer has worked in advertising for various pharmaceutical and industrial corporations, winning several AGA awards for his creation of a wide range of promotional materials and literature. This is John’s first novel, and he is currently working on the equally exciting sequel to this fascinating and poignant saga. John currently resides in Old Bridge Township, New Jersey. The original premise for my story arose in grammar school as I learned about the Civil War and the evils of slavery and tried to understand how a supposedly civilized people could condone the oppression of other people. It was my first exposure to bigotry and racism, and I could not comprehend it. I questioned as to why this was tolerated and was told it was solely for free labor. I said if I had been alive during that time period, and owned a plantation, that I would not have followed the status quo but would have freed everyone. I was commended, but warned that the other plantation owners and the townspeople would never have allowed it and would have prevented me from doing so at all costs. The fact that I was told I could not do the right thing perplexed me, stayed with me and made me remember that conversation forever.

The Civil War is in its early beginnings, it is still acceptable to own a slave, and the Old South is still alive as I begin reading A Northern Rebel. All of this is about to change and Jameson Hartford is going to try to play a large part in doing away with slavery. When both his father and younger brother die, Jameson returns to the Serenity Plantation he was forced by his father to leave years earlier. He leaves Boston and comes home, ready to fight to free the slaves of Serenity and give them their freedom papers.

He is met with opposition from his wife, Abigail, and all of the other plantation owners. Jameson will not relent and finds his life threatened, his wife leaving him, and a battle that seems impossible to win. He talks and explains his plans to the slaves who are leery of his intentions; no white man has ever been nice to them before. Delilah is a young and beautiful slave who reaches out to Jameson and the two quickly form a strong and loving bond together, facing the dangers awaiting them at every turn.

A Northern Rebel is the story of a caring man and the woman he loves, along with a cast of characters who just do not understand the value of freeing the slaves. I found myself immediately pulled into the story and not wanting to stop reading. John J. Schaffer has written A Northern Rebel with feeling, insight, and great descriptions. I highly recommend this book if you enjoy visiting the Old South and its people.