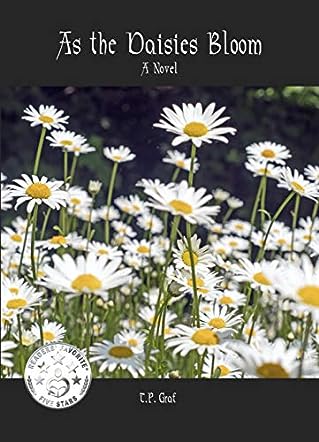 As The Daisies Bloom: A Novel by T.P. Graf is a tale that explores the synchronicities of life and how there is always a power greater than ourselves guiding and directing us in the best direction, if only we take the time to listen and follow. Two totally disparate individuals find themselves and their families' lives overlapping and intersecting across time. August Kibler is a retired white man of Swiss descent, set in his ways and in his daily routine now that his husband has passed. Living in the university town of Boone, North Carolina, August takes his daily breakfast at the Daisy Café, where a chance encounter with a young African-American Tyler Jemison and his two young sons will change August’s life forever. This sets both families on a path that seems to have been preordained and directed by Tyler’s wonderful late grandparents, who had raised him in Macon, Georgia; Momma (Daisy) and Pappy Jemison. When Tyler moves to Boone to work as the City Manager, he discovers that not only do he and August have much in common, they were destined to meet and be family for each other in this new town. Similarly, August discovers that the death of his beloved Miles does not mean the end of life for him and that he can learn so much about love, life, and family from this young trio, who come from such a different background to himself.

As The Daisies Bloom by T.P. Graf is one of those stories that just envelop you in the warmth and love of human kindness, goodness, and, most of all, family. The author goes to pains to say that this story is not a memoir, but he is right in his assertion that it certainly does read like one. What appealed to me the most was the overarching theme of the story; that you get back what you put into life and that there is indeed something greater than ourselves, guiding and directing us. The story reminds us that it doesn’t matter what your station in life might be - if you do what you do to the absolute best of your ability, the rewards, be they financial, emotional, or spiritual, will surely come. In some ways, Momma (Daisy) and Pappy read almost as stereotypical southern Black grandparents, and yet the author was skillfully able to give them the ability to rise above that and appear totally real. I particularly enjoyed the passages where Momma allowed her rage to come out and although she was bitterly angry at the government, over her son’s death, she still managed to deal with that anger in a suitable and respectful manner. The writer’s style is easy and flowing and draws the reader intimately into the lives of this unlikely partnership between the old man, his young friend, and the two boys. Few stories can raise a tear in this reader’s eyes, but this story definitely did in places along with many smiles. It was a beautiful telling of life’s trials and tribulations, always overcome by the love of family and of something greater than oneself. I thoroughly enjoyed this read and can highly recommend it.