Dragons Walk Among Us

Dragons Walk Among Us To Reach the Spring 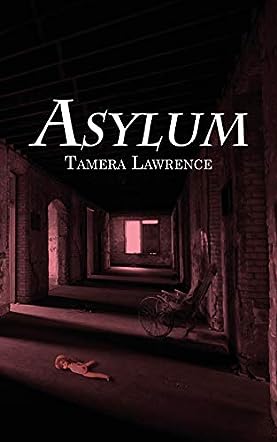 As an author of two nonfiction paranormal books about Pennhurst State School and Hospital, located in Spring City Pennsylvania, Tamera has written a new thriller bringing alive some of the hard truths about Pennhurst's tainted past. Tamera has been on Ghost Asylum, The Worlds Greatest Ghost Hunt and Portals To Hell with Jack Osbourne. Tamera writes paranormal, thrillers and nonfiction. Tamera's first novel 'The Pond' is a past Award contest Winner in Readers Favorite book Award contest. Ghosts Of Mayflower is also an honorably mentioned in the same contest. She currently lives in Pennsylvania.

Tamera Lawrence's Asylum is a nail-biting thriller whose story revolves around Kyle. Like all the other resident kids of the Rose Hill Asylum, Kyle also silently wished to get adopted. This was the only way to escape the violent bullying and darkness of the asylum. When he turned nine, his wish was granted. However, this blessing came with a complication: his new parents were unable to adopt his younger brother, Roy. As much as he wanted to take care of his brother, he could not pass on this opportunity to finally have a family. After many years Kyle got married and had a baby daughter but the guilt of leaving Roy behind in that dingy and dark place gnawed at him. Therefore, when his friend, Randy, proposed the idea of exploring the abandoned Rose Hill Asylum, he couldn't resist the temptation. Unbeknownst to him, he brought back from that daunting asylum something more than mere memories. And this "something" will stop at nothing to get revenge.

Since the entire plot of Asylum rests on the Rose Hill Asylum, it was important to create an unsettling image of the place that holds the plot together. Everything from the tunnels to the dark and damp rooms instills a fear of the unknown in readers. Whenever Kyle crawls inside the tunnels, it is impossible to breathe. Tamera Lawrence has used the right words and emotions to hold her audience. Her storytelling captivates and dares the reader to put down the book. Kyle and Beth's arguments that go from zero to infinity in a matter of minutes will resonate with a majority of married couples. There is no lack of love between the couple, yet the marital responsibilities and Kyle's need for a break from these duties produce arguments that are quite entertaining.

The characters, whether side or main ones, have certain unique attributes that make them memorable. The antagonist, with his quirky dialogues, strange expressions, and dangerous mood swings, has come out as a spine-chilling villain. The psychology of an orphan child, especially their fear of not getting adopted, could not have been described any better. A married man's jealousy over his bachelor friend's free lifestyle and vice versa is another absorbing inclusion in Asylum. Without giving away spoilers, I can surely say that after reading Asylum, the phrase, "if you twist, you'll get stitched," will never be the same.