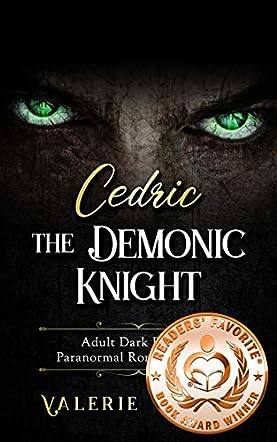 Valerie Willis, a sixth generation Floridian, launched her first book, Cedric the Demonic Knight, at the start of 2014 on Amazon.com. Since then, she has continued to add to The Cedric Series a high-rated Paranormal Fantasy Romance Series featuring an anti-hero who finds himself dragged away from his revenge on his maker by both love and the onset of a larger threat. She pulls in a melting pot of mythology, folklores, history and more into her work with a remarkable amount of foreshadowing that makes reading her books a second time exciting. Rebirth is the first book in her Teen Urban Fantasy, the Tattooed Angels Trilogy where the main character struggles with social issues with the complications of turning immortal. And if fantasy wasn’t your cup of tea, head over to her Blog for some “Val, Tell me a Story” posts featuring true, hilarious, and sometimes bizarre, life events from recent to old.

Angeline was meant to be a wallflower, a means for her uncle to show everyone just how beautiful his own daughter was. He wanted his daughter to marry Lord Cedric, but following a previous encounter, Cedric only had eyes for Angeline. He hated her and loved her. He wished for her demise, yet fought to keep her safe. His incubus bloodline wanted the pleasure of her virginity, and another part of him craved even more. It was all he could do to be near her. Biting remarks and hostile actions become the only way to prevent himself giving in to the temptation. Cedric seeks revenge, and he needs power to exact it, and the woman with him has a magic in her blood that sings to him. Can he resist her, or will he have to succumb to the part of himself that he tries to keep repressed in order to achieve his own ambitions?

In Cedric the Demonic Knight: The Cedric Series Book 1 by Valerie Willis, you watch Angeline's gradual transformation from a tearful, downtrodden whiner to a skilful, independent ranger. She feared Cedric, who treated her like despised and unwanted property, and yet she needed him. This book is written in a style that would welcome a young adult audience, and fans of L.J. Smith and Vampire Hunter D particularly will find something for them in the brooding, vicious bad boy Cedric, an incubus moroi cross blood creation nursing his own tragic past and fears. This is partly a tale of self-discovery as both Cedric and Angeline learn both who they are and about each other, and in part a supernatural quest for revenge as Cedric journeys across the land, slaying powerful and imaginative creations.