Autobiography of a Modern Prophet 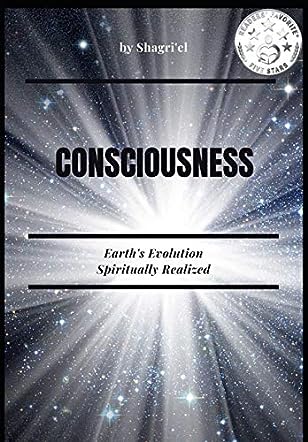 My writings are of a Universal Understanding. You will find The Perennial Teachings, The Secret Doctrines, and The Ancient Wisdoms modernized within my work. I pull truth from many teachings from Theism to Occultism, and much from the ever-evolving Judaism/Christian roots including The Dead Sea Scrolls for specific reasons. I balance Buddhism with Quantum Physics, Anthroposophy helped bind this through and through. The Urantian Philosophy and Literature of The Great Thoth. The Beings mentioned within I submit as to not being their original names, some things our lost beyond our understandings, but they are their current names which invokes the personae they wish to portray. Good & Evil, Angels & Devils, and Earth's Sacred Evolution in the middle.
It is hard to find peace without understanding loss, and though I do attempt not to view such things I am constantly viewing two worlds of possibilities. When we are able to step back and look at hardships on a larger scale, then we would truly touch on the interferences. Only when we quieted those distractions are we then able to view our true natures. Then with continued effort, we would gain insight into what we once were and the ultimate truth to the Universe. I define our place in the heavens, and how corruption attempts to hinder our growth. Our sacred understandings must be universal, this writing makes it so. Transforming the Collective Consciousness is what I present in this first of a three part series, Universal Consciousness.
Thanks,
Jason Mondragon

Consciousness: Earth's Evolution Spiritually Realized (Universal Consciousness) by Jason L. Mondragon is an eye-opening book that explores the nature and power of consciousness and will appeal to fans of New Age spirituality. The book opens with a beautiful definition of consciousness, understood as an evolved state, one that is united with the spirit. The author perceives it as the state that allows humanity to reconnect with the core creative energy of the universe, gaining a deeper understanding of life, honing creative abilities, and working with powerful spiritual forces to tune in and create as spirits do. This is a powerful spiritual book with strong hints of traditional religions, including theism, occultism, ancient scrolls, Buddhism, Christianity, quantum physics, and others. In this book, the author explores the idea that the universe is full of life and things we consider as objects have a life of their own that, when linked to human consciousness, can create new realities.

In Consciousness: Earth’s Evolution Spiritually Realized, Jason L. Mondragon discusses universal consciousness as a spiritual reality at the heart of evolution and very accessible to humanity. He writes beautifully about the Chakras, accessing higher awareness, developing the ability to create as spirits, meditations that lead to inner peace, and a lot more. The book is written in simple, yet elegant prose, accessible to the ordinary reader and filled with astounding revelations about life, humanity, and the universe. I discovered a lot in this book, including the different forms of beings and, most importantly, the nature of higher consciousness. One of the most well-researched, and comprehensive books I have read on universal consciousness and how anyone can tap into it. Reading this book made me feel like I have more power and energy than I ever imagined and it will help any reader understand the life of the universe even better.