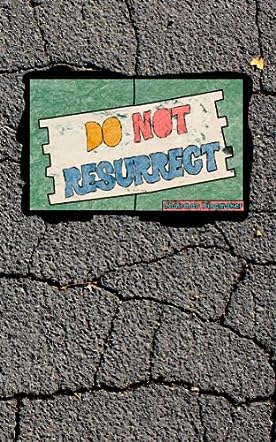 I write books. Hopefully you read them. I am also a Navy vet, a husband, a father, a musician, and a college graduate (B.A. Political Science).

Chairman Kingmaker’s novel, Do Not Resurrect, is a chilling science fiction novel with three main protagonists: Sevi Verna, a poor recluse with an excellent problem-solving mind; the famous historian Arnold Toynbee, who belongs to an elite royal family, finds his professional fame diminished after a nervous breakdown; and Justin Duerr who is an influential host in a popular real time show produced by the powerful media company Toynbee Media International. They live in a time when power means hegemony of mass consumption because it is cultural dominance that controls the world. This is also an era when the dead can be resurrected back to the land of the living. As the main protagonist’s varied motivations are revealed, the planet’s very future is at stake.

Do not Resurrect is a futuristic novel that closely mirrors the stark realities of the world we live in today. Author Chairman Kingmaker is certainly a sensitive writer who is aware of the dangers of living in a world where mass media dominates. With this being the case, he writes with a wry humor that does not fail to entertain his readers. The story unfolds innocently enough when we meet Sevi Verna and his crazy obsession with tiles bearing the message “Toynbee Idea in Movie, 2001, Resurrect Dead on Planet Jupiter.” Then we meet Justin Duerr, the heartless host of the bizarre show, Resurrect Dead, and the story takes on a completely different tone. When Arnold Toynbee replaces Duerr as host of the bizarre show the pace and tension of the story increases and it becomes quite difficult to put the book down. This novel is an excellent read!