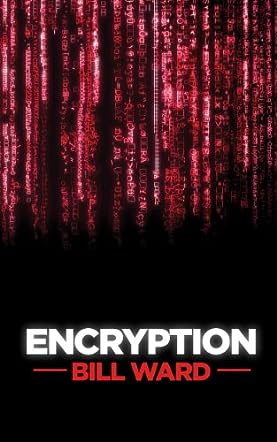 I have recently retired from senior corporate roles in large IT companies and am following my life long passion for writing!
From a very young age I was always reading and I owe a great deal to my Gran for taking me every week to the Library. I didn't always enjoy my boarding school experience but reading was the perfect way of escaping into a different world.
I lead a busy life with 7 daughters, a son, stepson, 2 horses, a dog and 2 cats!
I particularly enjoy fast paced thrillers with a twist which describes my two novels - Revenge and Encryption.

Encryption by Bill Ward is a great book with a very likable hero in Peter Hammond. Encryption is a little hard to categorize. It is a murder mystery and finding out who killed the victim and why is the engine that drives the story. I really liked this novel, but I don’t want to give any details about the plot or even the characters because a big factor in how much you enjoy Encryption is the deftness with which Bill Ward unveils each character and the surprise when the story suddenly reveals another layer. These characters aren’t wild and unlikely literary creations, they are very much like people you know. They seem to lead a normal life, but they all have secrets and when one of them is killed the secrets start to come out and their normal lives begin to unravel.

Bill Ward’s style reminds me a little of that of the late great Michael Crichton. He takes cutting edge technology and creates a story that could have been torn from today’s headlines. In this case, the story is about internet privacy or, better yet, the lack of real internet privacy. A small software company in England has invented encryption software that even the NSA can’t break. In the wake of the Edward Snowden revelations, this software becomes something people and nations will kill for. This is the story at the heart of Encryption but relationships and secrets make things much more complicated than they appear on the surface. Five stars.