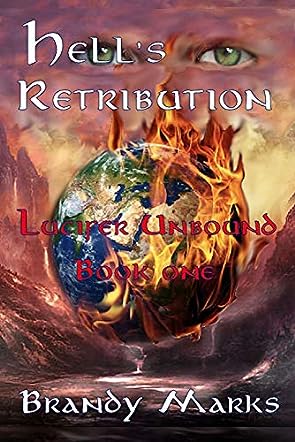 Hell’s Retribution: Lucifer Unbound by Brandy Marks is a science fiction/fantasy novel, and the first in Marks' trilogy that places its narrative at the launching point through its source: the Old Testament of the Bible. Lucifer was created by God, Adonai Elohim, as the universe is brought to life. Underwhelmed by his station and with his ambition for something greater, he lures the first humans into deceit, cementing their fate alongside his own. Without the constraints of Heaven's rules, he and his cohorts tempt and entice women into sin. From this, a new race is created. One in particular, Anak, is the son of a fallen angel and a fallen woman. He grows up as a devotee of Adonai even as his movements on earth are under constant attack from demons. He remains true, working to convert those who have strayed back into the light with rescues performed through both words and combat. As Anak's successes rise, Lucifer's falter, losing what shred of care he has left in his own war for retribution.

Brandy Marks weaves a fantastic tale of an earth inhabited by humans, hybrids, fae, leprechauns, demons, angels, dragons, and all manner of creatures in Hell’s Retribution: Lucifer Unbound. The imagery is exceptional, opening up a world we've not seen with a vast landscape and many characters whose development grows through shifting points of view. The writing is, for the most part, tight and clean. The dialogue transitions between something very modern back to “biblical speak” sometimes with the same characters, but in the context of the story, its fantasy components, and a time that is neither here nor there, it actually works. Marks shines when she is piercing the heart with corruption and lust; a flick of the tongue or a breath to the ear, and it's no wonder so few are able to resist—and where she is able to effectively instill a message about the eternal war between good and evil, light and dark, Adonai and Lucifer, and the frailty of man. The book lends space in its back matter for Marks to connect the dots between scripture and script, a nice touch that showed how much thought went into the writing of this novel. My hope is that others will be able to enjoy it as much as I have.