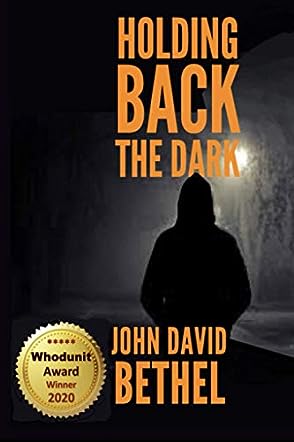 It is common knowledge that Las Vegas is an internationally renowned major resort city, known primarily for its gambling, shopping, fine dining, entertainment, and nightlife. It bills itself as the Entertainment Capital of the World. But the city has its dark side. According to an online crime index, where 100 is the safest city in the United States, Las Vegas comes in only at 11. Historically, it has also had its share of serial killers. So, it is a prime candidate for the setting of John David Bethel’s Holding Back the Dark. William Lattimore is Acting Sheriff, Las Vegas Metropolitan Police Department, and a Lieutenant in the city’s Homicide Division. Lattimore has seen it all – until he is called to the scene of a double murder where he is shown the bodies of a male and a female. As if being murdered wasn’t enough, the couple’s bodies have been desecrated to an extent that shocks even the seasoned homicide detective. Unfortunately for Lattimore and his associates, Sergeant Reg Nelson and FBI Special Agent, Charlotte (“Charlie”) Rhodes, the scene is to be repeated over and over. As the media and the public scream for answers – none are forthcoming. The team learns early in the investigation that not only are they dealing with a psychopath, but a most intelligent one. It will take all the tenacity they can summon to return the city to its rightful place as the Entertainment Capital of the World.

Holding Back the Dark is not for the faint-hearted but for lovers of dark, psychological thrillers. The scene that greets the reader at the very outset is as gory as a murder scene can be – and that’s only for starters. John David Bethel has obviously undertaken an enormous amount of research to write this novel. He seamlessly moves from one scene to the next, describing in credible detail police and FBI procedures, Nevada, indeed United States politics, and how crime and political journalists operate. The dialogue between criminal profilers and psychologists is believable. For most of the story, the perpetrator is anonymous, but the author helpfully describes what is going through his or her mind from time to time. There is a considerable amount of factual material regarding other US serial killers, which, when woven into the fictional story, adds to its plausibility. There is a plethora of characters with whom the reader must get to grips but the author provides a dramatis personae at the beginning. There is also a useful reference section at the end, relating to the factual cases featured in the story. Holding Back The Dark is a page-turner, a psychological thriller, and is highly recommended for lovers of the genre.