Listen To The Colours 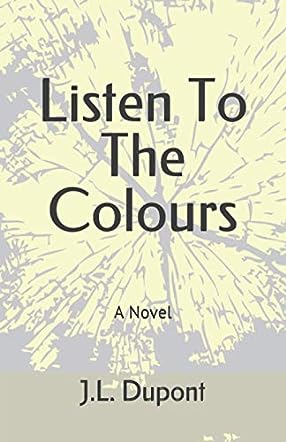 Listen To The Colours is a historical war novel written by author J. L. Dupont. Told through multiple POV's including a young child, a Polish prisoner, and a German Nazi, Listen To The Colours deals with the everyday experiences of ordinary people amid war and showcases the horrors and tribulations that they go through. Set in World War II and spanning six years, the book opens with a French soldier named Henry Fournier finally coming home after serving in the war. Shifting narrative, it goes back to the German occupation of Danzig, where the segregation of Jews drives two friends apart and sets them on two very different paths of life. Hanusz ends up being a prisoner at Trassenheide, while Heinrich Graff becomes a cruel and ruthless Nazi soldier.

Fans of historical fiction and war novels should grab a copy of Listen To The Colours because J. L. Dupont's story is a riveting reading experience. J. L. Dupont seamlessly handles the multiple facets of World War II with a microscopic lens and explores in depth the collateral damage it inflicted. The narrative shifts through different periods and places, which not only helps in showcasing the effects of war but also provides context and insight on people from both sides of the conflict. I found the narrative of the child named Remy to be fascinating and deeply moving. Overall, I am glad that I read Listen To The Colours, a realistic depiction of war that I would highly recommend.