A New Home for Donald

A New Home for Donald 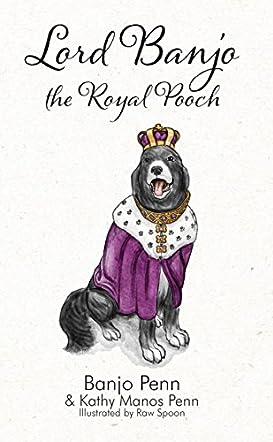 Despite the many communication roles I played in the corporate world, I never considered myself a writer. Even when I stumbled into a side job as a columnist for a local paper and went on to start a blog, I didn't see myself as a writer. It was blogging about Lord Banjo's DNA results that led me to think, "Why not write this from his perspective?" Before I knew it, his many blogs grew into a book, and I grew into a writer. Lord Banjo is my muse, and together, we're working on his next book.

Lord Banjo is a dog. He’s actually a royal dog. At least, that’s what he claims based on his lineage to the Great Pyrenees, the breed declared by King Louis XIV to be the Royal Dogs of France. It doesn’t matter that Lord Banjo is also part Golden Retriever, and has been identified as a flat-coated retriever mix. It’s all in the DNA. So this royal pooch is no Banjo Boy. He’s royalty and should be treated as such. At least, that’s what he claims. And he insists there be certain royal decrees, like no complaining about black dog fur everywhere and letting his royal-ness sleep on his parents’ bed. Lord Banjo is a dog with a high opinion of himself, as he should be. And, he does have a sense of humor.

So, Lord Banjo decides, why not tell his own story. With the help of one of his parents, Kathy Manos Penn, Banjo Penn did just that. Lord Banjo, I assume, dictated, and Kathy Manos Penn wrote. And the story is titled Lord Banjo the Royal Pooch. For anyone who loves dogs, and perhaps is lucky enough to own one or more, this story is for you. As this royal pooch tells the story of one year in his life, there are anecdotes, concerns, and even complaints about his decreasing diet due to one person’s declaration that his royal figure was a little full. And Lord Banjo even goes to summer camp, writing his own letters to his family about his experiences. A little tongue-in-cheek, this story is a compassionate tale of a dog, plain and simple, but a royal dog at that. And who doesn’t love a good dog story?