The Witch with the Walled Garden Not So Black and White 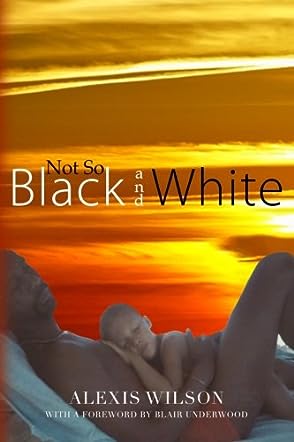 ALEXIS WILSON IS AN ARTIST OF MANY TALENTS AND ACCOMPLISHMENTS.

As WRITER, she has committed herself to the challenging and healing work of sharing her life story through her riveting memoir NOT SO BLACK AND WHITE.

As SPEAKER, she is motivated to share her personal story of a “show-biz” upbringing, abandonment by her mother and her non-traditional family in the hope that it helps to positively alter people’s perceptions, encourage difference and inspire love.

As an ARTIST, Alexis has been fortunate to have been exposed to and worked as a professional dancer with some of the greatest talents in the theatre and dance world. After dancing, her interests and experience led her to teaching dancers, casting national commercials and Broadway shows, being a choreographer’s assistant and as a contributing writer for several published books. Her need and personal fulfillment to help others has involved her with many fundraising events that she either created or played a major role; whether for people in need of food or those affected by AIDS.

Alexis was born in The Netherlands to a Dutch ballerina and an African-American award winning Broadway choreographer and director. Although her first language was Dutch, she was raised and educated in the U.S. She grew up in Boston, Mass. and New York City. During her pre-teens her parents divorced and she and her younger brother moved from Boston to Manhattan to live with their father, Billy Wilson. Growing up with her father was an exciting upbringing spent at auditions, in rehearsal rooms and running around backstage while he worked on show after show and ballet after ballet. At eleven years old Alexis began to study classical ballet seriously at The New York School of Ballet, run by Richard Thomas Sr. and his wife Barbara Fallis. Alexis was the youngest member, performing with their small company (The U.S. Terpsichore) in their rendition of GISELLE. At the age of fourteen, with strong encouragement from her late godfather Karel Shook (co.-founder of The Dance Theatre of Harlem together with Arthur Mitchell), she joined DTH as an apprentice performing in the ballets THE FOUR TEMPERAMENTS, SERANADE, SWAN LAKE and DOUGLA.

Still in her late teens, Alexis made the transition from professional classical dancer to pursuing work in the commercial theater. She did numerous television commercials, performed in Emmy award winning projects and TV specials. In addition to her father, Alexis worked with award winning choreographers from Michael Peters to Geoffrey Holder, as well as danced in THE COTTON CLUB film directed by Francis Ford Coppola.

In 1985, she attended Carnegie-Mellon University where she received her BFA in drama. Alexis has been a featured dancer in musicals both in U.S. national tours as well as in Europe. Upon her return to the States and after the death of her beloved father, she began a life away from performing. She began working as a casting associate to Peter Wise of Wise & Assoc., casting national commercials and theater productions including “Twist” and Broadway’s smash hit “Smokey Joe’s Café”.

As executrix of her father’s estate, Alexis continues to keep one foot in the dance and theater world. However, it is her passion for writing that has led her to greatest creative inspiration. She has made short story contributions to BEFORE I GOT HERE, edited by Blair Underwood and NOT IN MY FAMILY, edited by Gil Robertson.

Alexis is excited to be currently writing and preparing to perform her own one woman show NOT SO BLACK AND WHITE for New York audiences, followed by work on adapting the story to screenplay.

Alexis is married to Byron Stripling, internationally renowned jazz trumpeter and Artistic Director of the Columbus Jazz Orchestra. They live in Columbus, Ohio, with their two daughters.

In her memoir Not So Black and White, Alexis Wilson reflects back on her life journey and the people that formed an important part of that journey, especially her father, and how they made a profound impact on her life. Alexis takes you back to the beginning of her journey and narrates her travel through life with its challenges and triumphs. Alexis' first challenge was dealing with her parents' divorce and then her mother gave up custody to their father and generally gave up on her kids. Staying with her father, Alexis tried her best to put on a brave face and show the world that she was okay, but inside she battled with her emotions, sturdily rejecting the person who had taken her mother's place, and the fact that that person was a man only made things worse. Through all her bad times, the one thing she knew she could always count on was her father's unconditional love and support, no matter what.

Not So Black and White is a touching and inspiring memoir about a girl growing up in a home with two fathers and her struggle to find her place in the world. Alexis' narration of her challenges and struggles is touching and highlights how her father's wisdom, guidance and unconditional love gave her the opportunity to live her dreams and become the woman she turned out to be. Billy Wilson's unconditional love and support for his daughter was simply amazing; always supporting her and guiding her the best way he could. I was also deeply touched by Chip's love and resilience in the face of all the turmoil that came when Billy got custody of his kids. Where many would have given up, Chip remained a loving and supporting partner of Billy, even when Alexis rejected and provoked him, hanging in there for all the years it took for her to finally accept him. Not So Black and White is an amazing memoir of a life journey well travelled despite all the challenges.