I Walked In Santa's Boots The Stitches on the Stone 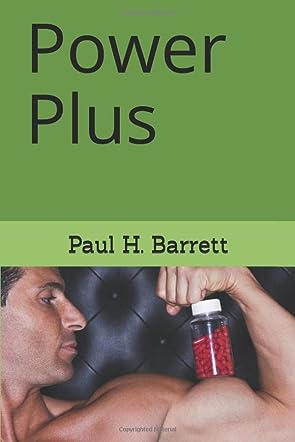 Paul Barrett is a retired production manager, Navy Veteran, musician; who has been Yacht Captain for over fifty years. He loves fishing out of Key West, Florida and sharing mysteries of land and sea.

Paul Pilot, a retired FBI agent, gets drawn back into the agency for one more assignment in Paul H. Barrett’s book, Power Plus. Despite being 70 years old, suffering from PTSD, and looking forward to his young Cuban wife making him a father for the first time, Paul’s ex-boss entices him back for a low risk, temporary assignment. The newest energy drink on the market, Power Plus, makes a suspiciously large profit per drink and its distribution expansion has far outperformed any competitor in history. The FBI wants to investigate. Paul’s experience working for Coca Cola before joining the FBI makes creating his fictional identity, one fit for applying to Power Plus, easier. After successfully being hired as a marketing vice president, Paul leaves his home in Central America and moves to Power Plus’s headquarters in Tennessee. The investigation ends up being more dangerous than he was promised.

Power Plus by Paul H. Barrett is an entertaining read. I enjoyed getting to know Paul’s history in the FBI and reading about his relationship with his wife Sara. I found the mystery behind the new power drink intriguing. The high security and the paranoia on the part of the founders kept me very curious about what the secret was behind Power Plus’s phenomenal rise to the top of the drinks business. The hints throughout the book about the effects of the new drink made me want to keep reading and find out the results of the investigation. The moral and legal angles of the story were interesting as well.