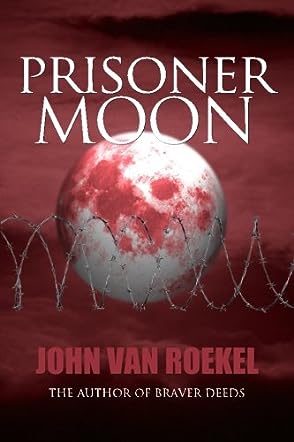 John is the author of two novels of historical fiction: Braver Deeds and Prisoner Moon.

John awoke one morning in 1994 after reading Nathan Miller’s excellent biography of Theodore Roosevelt, and told his astonished wife Pam that he was going to write a novel about the African-American cavalry regiments and their history, especially during the Spanish-American War. Braver Deeds, originally published in 2009, is the result.

Back in 2002, John started work on his World War II home front novel, Prisoner Moon. After years of work, it was published in 2012.

John is currently working on his third historical novel, Lorenzo’s Assassin, which is set against the backdrop of the Pazzi Conspiracy when Pope Sixtus IV plotted to murder Lorenzo the Magnificent. Look for it in early 2016.

In addition, he has edited the World War II letters of his father, Paul Van Roekel, and made them available on this web site.

John is available for readings and for book club discussions in the San Diego area. Please email JVR@JohnVanRoekel.com.

Prisoner Moon is an historical fiction novel written by John Van Roekel. Edwin Horst is a prisoner of war on his way to a POW labor camp based outside of Ann Arbor, Michigan. The fifteen-year-old was sitting by himself on the train and did what he could to discourage the large, gentle-seeming man who gravely introduced himself and asked to sit down beside him. Edwin, however, had been through too much already and had quite lost the ability to trust another person. But he gradually became intrigued by the man who sat slumped over in his seat, and wondered if, perhaps, he could be the friend and protector Edwin so badly needed. Doris Calloway was also travelling on that same train on her way to a new life away from her controlling parents. She had answered a flyer advertising for War Workers in Michigan that she'd received at her church in Brooksville, Kentucky and would be rooming with the Gruden family in town. Hildy Gruden had come to meet her at the station. Doris was taken aback at first to learn that the Grudens were German Americans and momentarily thought of going back home again, but she found herself walking along with Hildy on her way to her new home.

John Van Roekel’s historical fiction novel, Prisoner Moon, is a spellbinding and transcendent story set in Ann Arbor, Michigan during the latter part of World War II. I’ve long had an interest in reading WWII-related novels and was intrigued by the setting and the circumstances of the characters in this story. Van Roekel’s characters are marvelous; they’re authentic and complex with rich and compelling histories, from the terrified Edwin to the truly frightening Mrs. Gruden. I loved seeing Sam’s outreach efforts with the prisoners and his establishment of a camp newsletter, and watching as Doris became a real-life Rosie the Riveter. Prisoner Moon is not a story you’ll want to rush through; it’s much too good a read for that. The plot is first-rate, and the writing is masterful. While this is only the second of Van Roekel’s novels, it exhibits qualities one usually comes across only in more seasoned writers and is reminiscent of the wartime works of Broch, Boll and Grass. Prisoner Moon is most highly recommended.