The Life of Ideas 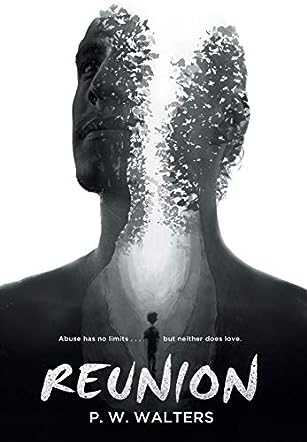 Reunion by P.W. Walters is one of the most gripping and poignant books centered on bullying and sexual abuse, especially of males. The mental evolution of the narrator and protagonist, Owen Crowley, begins with a beast. Born to neglectful, abusive parents who both died early in his life, Owen enters the foster care system only to end up in the hands of a brutal pedophile and his sadistic wife who keep him locked in a basement. Owen’s only comfort and escape is reading. Highly intelligent and a deep thinker, once out of that horrid home, he is placed with a wonderful couple and enjoys some good years. But haunted by his brutal past, he is constantly fearful, unable to speak up for himself, and once the bullying starts at school, he keeps his feelings and thoughts to himself, afraid to let others into his heart. When yet again he is left in the hands of a witch-like housekeeper following the demise of his adopted father and illness of his wife, around puberty Owen reaches a breaking point and somehow finds the strength to start taking control of his life. Owen’s journey to full self-actualization, confidence, and finally love is a rocky and unforgettable one that will keep readers turning those pages. As he vents, Owen takes back his power: he wows his peers and gives readers lots to think about beyond the plot line.

I can honestly say I have never read a book about sexual abuse quite like this one. Like all child abuse of any kind, it’s undeserved and super ugly. My heart broke for several characters in Reunion, but especially for Owen, and I cheered his every victory. But ultimately, the biggest and longest battle he had was with himself. What always intrigues me about abuse-based fiction is just how much of the story is fiction. If you read between the lines of the “author’s note” which P.W. Walters closes with this quote by Mark Twain: “Truth is stranger than fiction because fiction is obligated to stick to possibilities... Truth isn’t,” then you might conclude, as I have, that while places and names and even some events in Reunion might be fictitious, a great deal of this book is true. I’m sure writing this story was a challenge, one which P.W. Walters conquered masterfully. Prepare yourself to also be challenged, not just by the content of Reunion, but by its thought-provoking truths.