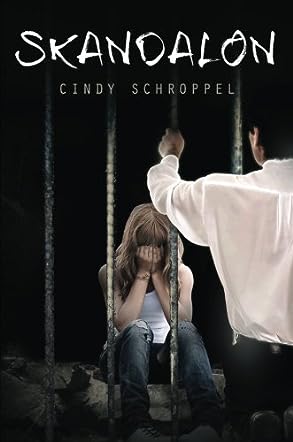 On January 2, 1990, Cindy Schroppel very innocently committed her life to Christ as a New Year’s resolution. However, God completely captured her heart, and her life has never been the same since. Cindy has a passion for Jesus and a great love of teaching His Word.

She served in Sealy, Texas as a worship minister for 17 years. Her gift of teaching has been utilized in the area of adult and women’s Bible studies, leading and teaching a healing school and ministering at women’s retreats.

Ministry activities include serving as a spiritual director of the Walk to Emmaus Community, a non-ecumenical ministry to the body of Christ. Her strong teaching gift is complimented with her heart of compassion and mercy, which was also utilized in her vocation as a hospice chaplain, where she led people to Jesus in their greatest hour of need.

In 2012 God called her to write her first Christian fiction novel, Skandalon.

She resides in Brookshire, Texas with her husband, Joe, of 24 years. She has two grown children and two beautiful grandchildren.

It is her deepest desire to see the body maturing in their relationship with Christ, having a greater spiritual hunger with a deeper knowledge of His Word and an understanding of the unconditional love He has for them.

Having a personal testimony of overcoming drug addiction, rejection and child molestation, Cindy challenges the body to believe that they too can, not only overcome, but also grow from strength to strength in their spiritual walk. She has a compassionate heart for those who have been wounded and broken in life and longs to see them walking in the fullness of their relationship with Christ.

Cindy Schroppel’s Skandalon is an eye opening look into the realm of the unseen. This work of fiction exposes the schemes, tactics and the snares set against those who believe in the Son and worship the Almighty. Yet, it also depicts the fierce love and devotion of guardian angels. Michael and Zoe are young and married, and completely dedicated to their daughter, Emma. Although she is a believer, Zoe’s desires are selfish, she wants what she wants! Michael’s ambitions are righteous, but he is plagued with doubt and fear. Zoe has become distracted in her walk with the Lord, leaning more on Michael’s faith, than on her own. Tragedy strikes! A terrible accident. Michael blames himself, Zoe blames God. Guilt, loss, grief, and unforgiveness surround them. Both take separate paths as they journey through their despair. Ignoring the whispers of the Holy Spirit and the aid of her guardian, Zoe turns away from God and her husband, and embraces the world. Michael clings to the strength of his guardian, grips the grace of God and diligently prays for his wife and his future. A battle rages in heaven and earth! No one is able to snatch God’s beloved from His hands. “Sometimes we have to lose something in order to discover how blessed we truly are.”

Skandalon by Cindy Schroppel is spiritually revealing and exceptionally encouraging. This story of tragedy and triumph pulls on the heartstrings of its readers. Throughout the narrative, we are reminded that all of us stumble, even fall, but God is always there to pick us up. The narrative is full of rich truths, pertinent scriptures and vivid descriptions exposing the devices of evil and the fortitude of God’s angelic realm. The plot is full of drama and heartache, but does not leave you hopeless and despairing. Schroppel does an excellent job at depicting the uniqueness of a believer’s relationship with Christ. Her characters, although strong and devoted, suffer doubt and guilt during their trials and tribulations. This portrayal makes the novel compelling and realistic. Drawing the reader deeper into the plot is the revelation of the third dimension - angels and demons. Schroppel intrinsically describes the power of God’s love, the willingness of His angels to take charge over the believer, and the evil exploits of the kingdom of darkness. Schroppel does not sugarcoat the pain of loss, grief and the debilitating effects of bitterness and unforgiveness. Nor does she depict the church as perfect or the Christian’s life as flawless. She does, however, write a beautiful story of redemption.