How to Teach Your Children About Racism

Sons In The Clouds 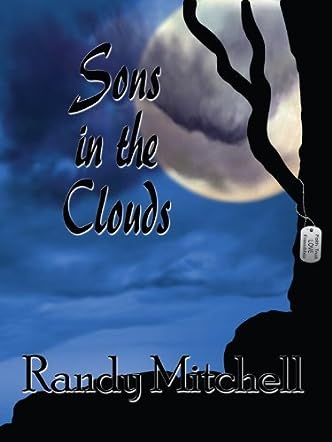 Randy Mitchell was born in 1962 to a pharmaceutical executive and nurse and was raised in the outer suburbs of Dallas, Texas. He is the younger of two children.

After graduating Lake Highlands High School in 1980, he attended Junior College in Dallas before attending Texas Tech University to study business and English. While there, he oftentimes thought about characters and stories that he’d love to see in movies and began occasionally writing about them, although he never pursued their creation further until recently. He eventually left college to start his own successful service business, which he owned for several years, before selling it to pursue his newly discovered love of aviation while taking a spur-of-the-moment introductory flight at a local airport. While beginning his training as a Pilot, Randy returned to college at Dallas Baptist University where he earned a degree in Business Management in 1993. During his career, he’s held positions as a Flight Instructor, Corporate, Sightseeing, and Commercial Airline Pilot flying for several different companies in Dallas, Las Vegas, Miami, Europe, and Puerto Rico. Among recent years, Randy has also periodically worked in the Medical and Real Estate fields, most lately as a speculator and investor in Dallas’ housing industry.

As a writer and lover of all things creative, Randy believes in the powerful energy behind words and draws on his life experiences, deep love of emotional story lines in movies and books, and career events while creating his stories. “Words capture and cling to people in a dramatic, emotional way - and live deep inside. It doesn't’t matter if they’re written or spoken; all of us have tales and feelings we want to share with each other.”

Writing came into Randy’s life a few years ago while driving past his childhood home. A simple place where he lived until Junior High School, he began remembering his activities during long summer days with his best friend, times spent at the local lake where he often went to sail and fish, and the experience of finding his first love. “Those memories of years ago came really fast, and it made me want to go home and write about a time that was a lot simpler, carefree, and easy, and I began envisioning a story that could include my experiences in aviation and love of military history.”

Randy believes in breathing life into his characters in authentic, exceptionally REAL ways. “Most inspirational fiction readers today aren't interested in G-rated books. Sons In the Clouds is a modern inspirational story that encompasses spiritual themes while telling a story in a brutally honest way. "The characters I created in this book, as well as future ones, I hope will instill a hope-filled message to my readers long after the last page is read.”

He is currently working on three additional titles to be announced at a later date.

Any Stevens and Wade Hamilton had been friends since their early childhood. They both wanted to fly fighter jets. The US Navy gave the opportunity. They attended the US Naval Academy together. They also served in the same POW camp during the Vietnam War. They had never imagined the tortures of being a POW. Their friendship and the love of the women waiting for them back in Texas was the only thing that kept them going.

Rebecca is an incredibly strong woman who refuses to give up her hope that Andy is still alive. Her faith keeps her going. The reader is allowed to witness the joy and the sadness when Andy eventually escapes his hell on earth and calls Rebecca.

Andy Mitchell has skillfully crafted, shaped and developed an excellent plot. The characters are nimbly fashioned from words that give them flesh and blood. I found myself in tears as I read certain sections of the book. The plot brings out readers' emotions. I suggest having a cup of tea, a plate of scones and a box of tissues close at hand before you start reading. The tea will assist in replenishing your hydration caused by crying so much. The tissues will help keep the eyes clear enough to see the print and the scones are just because they are my favorite.

This is an amazing book. The plot will stay with you long after you read the last line. Kudos to Randy Mitchell.