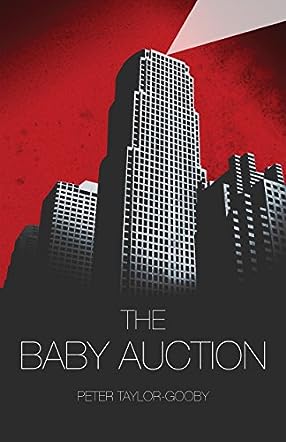 I enjoy hill-walking, riding my bike, holidays and looking after my grand-daughter (not in that order). In my day job I'm an academic and involved in the local food bank . I've worked on adventure playgrounds, as a teacher, and in a social security office in Newcastle. I believe that you can only really understand the issues that academics like me describe in statistics and charts through your imagination. That's why I write novels.

You don't make friends in Market World; there are no heroes, no acts of kindness, and especially no gifting. This was the way of life; 'don't pay, don't get.' It didn't matter if someone's life was on the line, if you acted freely you answered to the law, and the Enforcers ensured that all adhered to the One Law. 'Property, Equity, Dignity, Trade' were the words inscribed upon the city's crest. But in a city where the law is to never owe more than you can pay, sometimes dignity is unaffordable. As a child, Matt watched as his father was taken away by Black Shadows, his mother later leaving for the city with the hope of finding him. When Matt came of age, he was seized for re-education, but never once was his alleged crime revealed, only the hint that it was his parents' fault. When he was finally released, he was determined to discover what had happened to them, and Ed, the girl he had bonded with in re-education, was only too glad to help. The balance is askew in Market World, but the poor are just too blind to see it, believing they are protected from persecution by the One Law. The truth, however, is always a little darker, and corruption is often unseen when carefully woven into a way of life none would question. Lose yourself in the gripping pages of Peter Taylor-Gooby's The Baby Auction and witness a dystopian world which is just a single law away from our current world.

The Baby Auction is a gripping read, written in third person with an excellent atmospheric style. Our world could easily become the one portrayed, especially given the 'workers or shirkers' mentality being enforced by the government. The Baby Auction just takes our world that one step further. You can feel the characters' desires pushing the plot forward, and their nature and instincts challenging the very core of this society. Peter Taylor-Gooby creates a complex city, with only one law, one that is enforced without favouritism. But sometimes corruption works its way in without anyone even realizing it's there. The book is written from two perspectives, that of Matt and Ed, who believe this law destroys all that is good, and Dain and Anna who think the One Law creates an equal and fair environment. The characters show great development and growth as events cause their paths to cross and force a reexamination of their beliefs. Highly charged, emotional, gripping, and disturbingly close to what could be, The Baby Auction is certain to leave you thinking, and perhaps even cause you to reflect on your own actions.