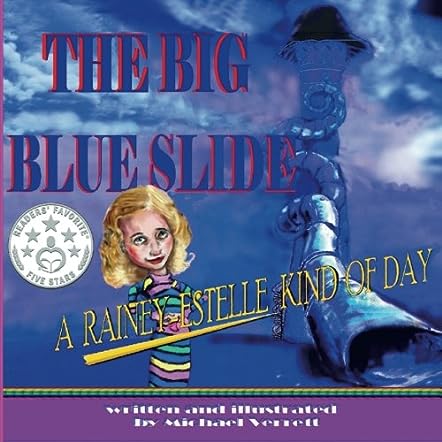 Artist, author/illustrator, was born in Morgan City, Louisiana. He grew up in nearby Bayou Vista just blocks away from sugar cane fields and the unhurried Bayou Teche. Michael has written/illustrated over two dozen books and provided illustration and book cover art for over a dozen more.

Michael studied art and writing at LSU, Art Institute of Scottsdale, AZ, and the FBI Academy, and the Institute of Children’s Literature.

A former member of the LSU Operetta Chorus, Michael performs on stage and in local theater. In additional to vocal music, he plays trumpet and piano.

His artwork hangs in office of Louisiana’s 6th Congressional District, and his murals adorn the walls of area schools. His graphic art has been used in corporate advertisement.

Michael’s professions span a wide variety of disciplines. A retired homicide detective and police sketch artist, Michael also taught gifted art in the public school system, worked in anti-terrorism, graphic art, and as is currently employed with the Governor’s Office of Homeland Security.

A retired LT Colonel and veteran of Operation Iraqi Freedom, his duties took him across Asia, Africa and the Pentagon. While stationed overseas, he illustrated a book for the army and created a weekly cartoon strip entitled Army Life that appeared weekly in The Desert Voice Magazine.

He is the recipient of the Bronze Star and other military awards. As a community volunteer he received the 2003 Crystal Apple award as the top volunteer for East Baton Rouge Parish Schools.

He is the past president of the Arts Council of Livingston Parish, a member the Society of Children’s Book Writers and Illustrators, the Friends of Livingston Library, the Fraternal Order of Police, and is a mentor with both the Adult and Children’s Writers’ Group that meets monthly at the Denham Springs/Walker Library.

The Big Blue Slide by Michael Verrett is the colorful story of Rainey Estelle who is very conscious about the clothes she wears. She is adventurous and has fun. There is a Big Blue Slide in her school on which only children of a certain height can slide. But that does not dampen the spirits of Rainy Estelle. She keeps trying and finally she is clever enough to get past the Height Inspectors. She goes through the slide faster than a race car and a space ship. Though the two loops in the tunnel of the slide scare her, she manages to come out and go back to her classroom. This Rainey Estelle kind of day will excite young readers and make them try out new and adventurous things.

The illustrations in the book are as bright and colorful as Rainey Estelle's character. They complement the story beautifully, give pace and movement to the scenes, and breathe life into the characters. The excitement that Rainey experiences while sliding is palpable. The character of Rainey is well sketched. She is lively and exuberant and knows how to get what she wants. Rainey Estelle is mischievous and appealing. The story is charming and Rainey's perseverance and determination to get on the Big Blue Slide is something to be noticed and appreciated. It will make a good bedtime story book and can be used for read aloud sessions in classrooms and school libraries. Children can learn a lot of new things and ideas in this very bright and colorful story for kids.