The Blood on My Hands 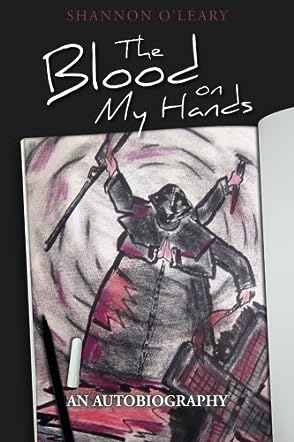 Shannon O’Leary is a prolific writer and performer. She is the author of several books of poetry and children’s stories, and she has won many awards for song-writing.

Shannon has acted and directed on the stage and on Australian national TV, and she runs her own production company.

She has numerous graduate and post-graduate degrees in education, music, and science. She is a teacher and academic, has five children with her deceased former husband, and lives with her longtime partner in Sydney, Australia.

Shannon’s memoir The Blood on My Hands is the dramatic tale of her childhood years, set in 1960s and ‘70s Australia. O’Leary grew up under the shadow of horrific domestic violence, sexual and physical abuse, and serial murder. Her story is one of courageous resilience in the face of unimaginable horrors.

The responses of those whom O’Leary and her immediate family reach out to for help are almost as disturbing as the crimes of her violent father. Relatives are afraid to bring disgrace to the family’s good name, nuns condemn the child’s objections as disobedience and noncompliance, and laws at the time prevent the police from interfering unless someone is killed.

The Blood on My Hands is a heartbreaking—yet riveting—narrative of a childhood spent in pain and terror, betrayed by the people who are supposed to provide safety and understanding, and the strength and courage it takes, not just to survive and escape, but to flourish and thrive.

The Blood on My Hands: An Autobiography by Shannon O'Leary is a powerful, dark memoir. In her memoir, O’Leary tells how she and her family suffered at the hands of an abusive father with a multiple personality disorder. O’Leary actually witnessed her father murder people and animals. No one, not even the authorities, would help O’Leary and her family. This is O’Leary’s story about how they eventually got away from her father, but never truly escaped him or his heinous acts.

My first thought after reading The Blood on My Hands: An Autobiography was that O’Leary is an amazing, strong woman to have endured and witnessed everything her father put her through, and still be able to succeed in life. At times O’Leary’s account of what her father did to her seems a little vague, but the reader has to remember that they are reading what a 3 or 4-year-old child sees and feels. Other parts of the book are so graphic that you do not want to believe that these things actually happened. Parts like these made it hard for me to put the book down. I knew what was about to happen, but I could not force myself to look away. My favorite part of the book was the dog food casserole. I was cheering that O’Leary and her mother finally pulled the wool over her father’s eyes.

This book may not be for everyone. This book does contain animal abuse, murder, domestic, and sexual abuse. O'Leary suffered child abuse of the most extreme kind. I liked that O'Leary did not sugar coat her abuse. People need to be aware of what actually happened. Even though I have never met O’Leary, I want to apologize to her younger self because no one ever attempted to save her. This is a story that is going to remain in my mind for a long time. If anything, this book will raise the reader’s awareness of people who may be suffering from abuse. I know that it has raised my awareness. I wish O'Leary the very best and I hope she continues to heal.