Standing by the Wall at the Near and Far A Gem Of A Sermon, All Wrapped Up in a Historical Novel
by James M. Becher
Fiction - Historical - Personage
135 Pages
Reviewed on 07/23/2019 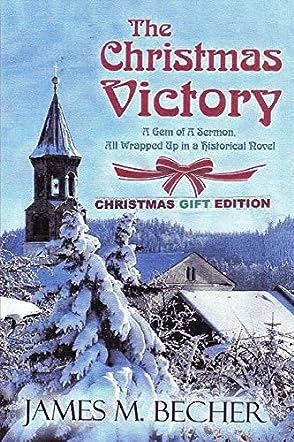 I was Born on June 8, 1943 of a Christian family and accepted Christ at an early age Interested in writing and drama since High School, I graduated from Grace L. Hill Memorial Christian School, where I participated in several plays and got A's in English Grammar, and wrote write several short stories, poems and articles. While attending St. Petersburg Jr. College, in St. Petersburg, FL, I won second prize in a writing contest with my Biblical short story, called "Beggarman-Thief," which forms part of my first novel. I attended Bob Jones University, in Greenville, S.C., and then Clearwater Christian College, graduating with a B.A. in Bible-lit, going on to Biblical School of Theology in Hatfield, Pennsylvania and graduating in 1974 with a M.Div. Ordained in November of 1974, I served in different areas of Ministry, one of which was a foreign student ministry, which is where I met my dear wife, Berenice from Venezuela, and which is where I started writing my first two novels.
In November 2013, I preached my "Christmas Victory" message, based on an insight on Isaiah 7:14, which the LORD had shown me in seminary. I also gave a history of the writing of "I Heard the Bells on Christmas Day." This resulted in the writing of my latest novel, The Christmas Victory, A Gem of A Sermon, All Wrapped Up in a Historical Novel, which was published in July of 2014. For more on how I came to write this novel, read the Foreword.

The Christmas Victory: A Gem of a Sermon, All Wrapped Up in a Historical Novel by James M. Becher is a delightful gift edition of an uplifting story of Christmas and faith. Henry Wadsworth Longfellow hasn't felt the Christmas spirit since the death of his wife but that doesn't keep his children from trying to bring him cheer. He struggles more when his oldest, Charles, declares he wants to join the war and he immediately fears for his son's safety. Samuel Clemens goes on a journey to become Mark Twain and meets the lovely Olivia who becomes his wife. Mark's and Henry's lives overlap in interesting ways as the two men face unexpected tragedies throughout their lives and challenges in their uplifting discovery of faith. The story revolves around a sermon called “The Christmas Victory” and a poem called “Christmas Bells.”

James M. Becher's story is light and uplifting with a historical setting centered on two well-known writers who pull themselves out of tragedy and bleakness to find their faith. These known figures' stories are taken from biographical information but the story is fitted around Christmas. The story weaves between Henry and his son Charles, Mark Twain, and Jim Berk. They influence each other as their stories link together through their struggles and how they come to discover their faith in God. The historical backdrop is set during the war and the time of Lincoln but the focus is solely on lighter elements of the Christmas spirit, family, and faith. Becher centers on tragedies and uses the darkest moments in Mark's and Henry's lives to explore how to not give up on happiness and turn to their faith.

Christmas is the perfect time to set the story as it's a season for hope, belief, and family which blends perfectly into how the story progresses with Becher capturing cheer and melancholy in the tone. Becher uses “The Christmas Victory” to lead each of the characters toward the light and help them pull themselves out of the tragedies that have made them lose faith. Becher also includes a variety of colorful images throughout that add to the Christmas spirit, which is captured in the very meaning of Christmas found in the characters' struggles. The Christmas Victory would make the perfect gift to share with loved ones and is a story to enjoy as a family with its poignant themes of faith, family, and reconnection.